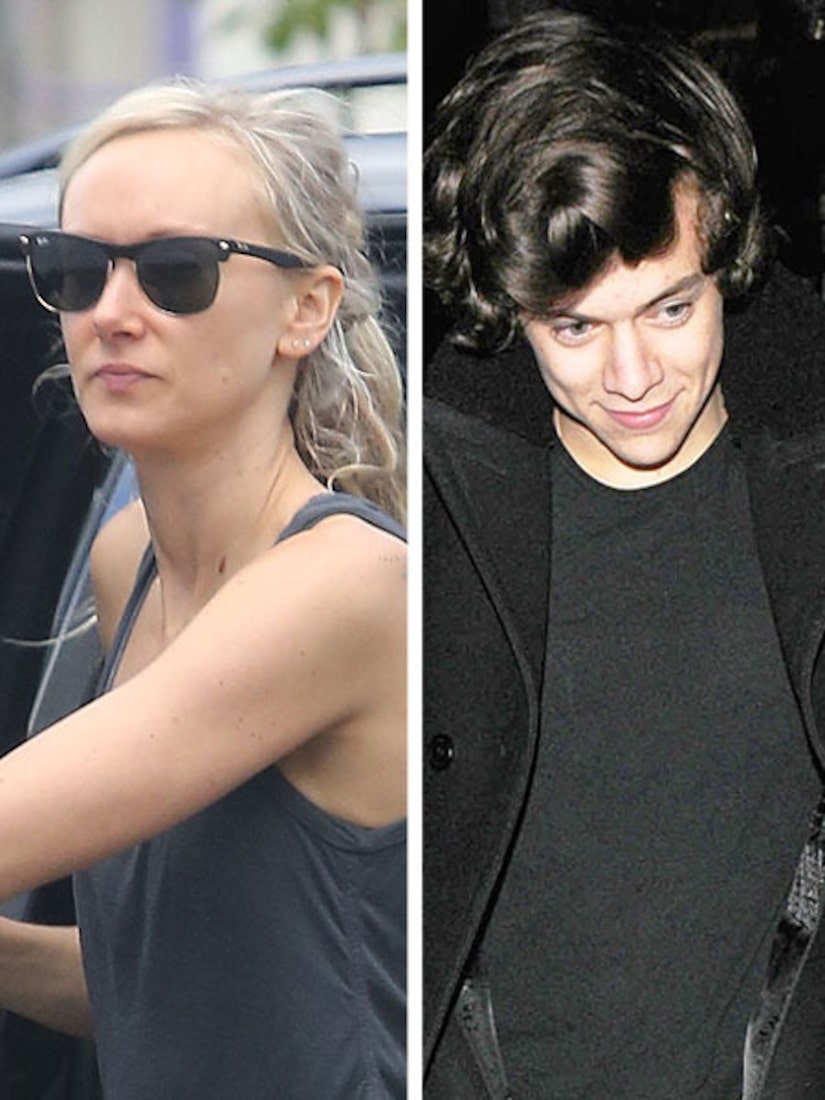 Rod Stewart's daughter Kimberly Stewart, 33, and One Direction member Harry Styles, 19, are rumored to be an item.

According to TMZ, the two were spotted after having dinner in L.A. with Kimberly's dad, rock star Rod Stewart and his wife, Penny.

Sources inside the restaurant told TMZ that Harry and Kimberly were flirting, kissing and holding hands through the whole meal.