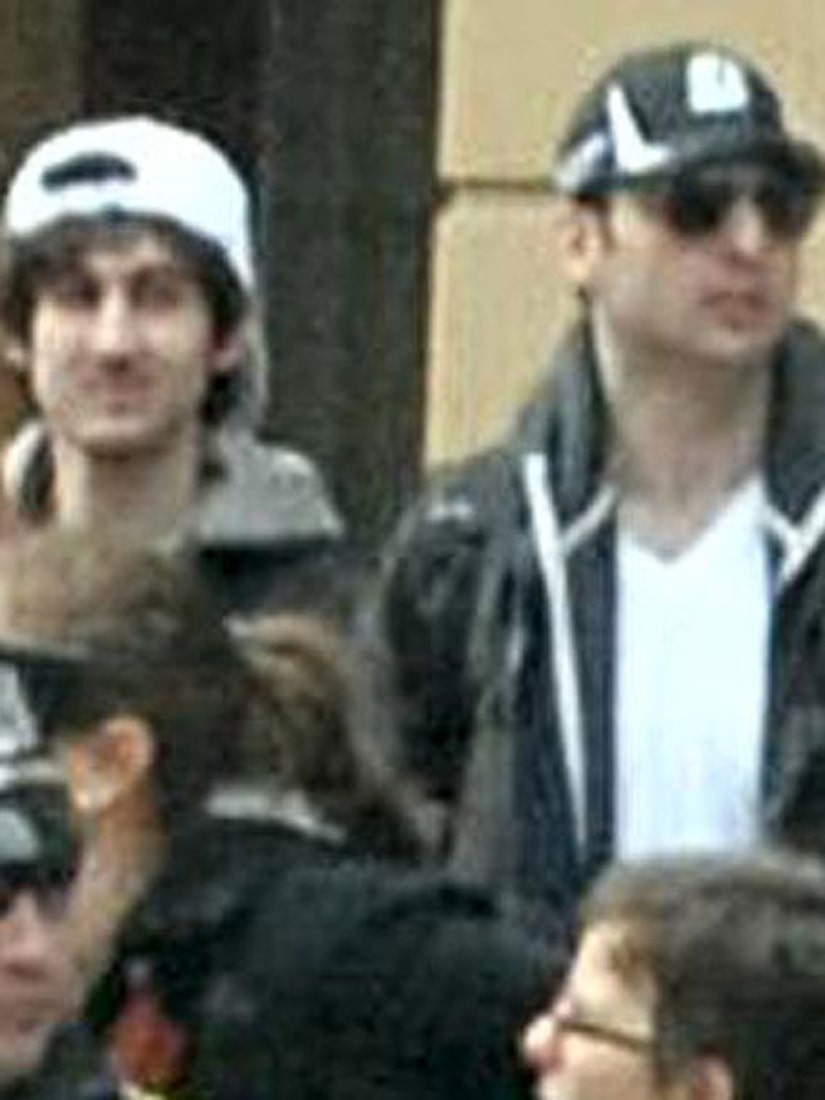 The two suspects involved in the Boston Marathon bombing are brothers from the Russian Caucasus.

Tamerlan Tsarnaev, 26, and his younger brother, Dzhokhar Tsarnaev, 19, have been identified as the two men the FBI were seeking in connection to the bombings.

Hours after FBI released their photos to the public on Thursday, the brothers went on a violent rampage. They robbed a convenience store, killing an MIT policeman, and then engaged the police in a car chase and hail of gunfire in Watertown, which ended in the shooting death of Tamerlan. Dzhokhar is still at large.

Who are these men? CNN reports a spokesman for Chechen President Ramzan Kadyrov said the brothers had not been connected with the Chechen Republic for many years.

"According to preliminary information, coming from the relevant agencies, the Tsarnaev family moved many years ago out of Chechnya to another Russian region," press secretary Alvi Kamirov told Interfax. "After that they lived for some time in Kazakhstan, and from there went to the US where the family members received a residence permit. Therefore the individuals concerned did not live as adults in Chechnya."

“Extra” has confirmed that Tamerlan studied accounting at Bunker Hill Community College in Boston as a part-time student. Other reports say he had taken off a year to train as a boxer and was the New England Golden Gloves heavyweight champ.

A YouTube page, entirely in Russian, is linked to Tamerlan and includes videos of Islam and a playlist called “terrorists.” Click here to see the page.

The younger brother, Dzhokhar Tsarnaev, attended Cambridge Rindge & Latin, a public high school, and had recently worked as a lifeguard at a pool at Harvard University. He was also reportedly attending UMass at Dartmouth.

A schoolmate of Dzhokhar told CNN, "We hung out; we partied; we were good high school friends. We're all, like, in shock. We don't really understand. There were no telltale signs of any kind of malicious behavior from Dzhokhar. It's all coming as a shock, really."

Ruslan Tsarni, a Maryland man who said he was an uncle of the suspects, had no sympathy for them and no regret that his elder nephew was killed. "Good," he told CNN affiliate WBZ. "He got what he deserved."

People.com spoke with the boys' shocked father, Anzort Tsarnaev, via phone from Russia. While screaming in a state of disbelief, Anzort insisted, "They never could have done this. Never, ever, ever!... I feel terrible! Why they kill my son? Something wrong! My sons never do bombing. My sons liked everybody. They very good kids. They never do bad things to anybody. I talked to my sons yesterday, both of them. We talked about the bombing. I was worried about them, they said they were okay."