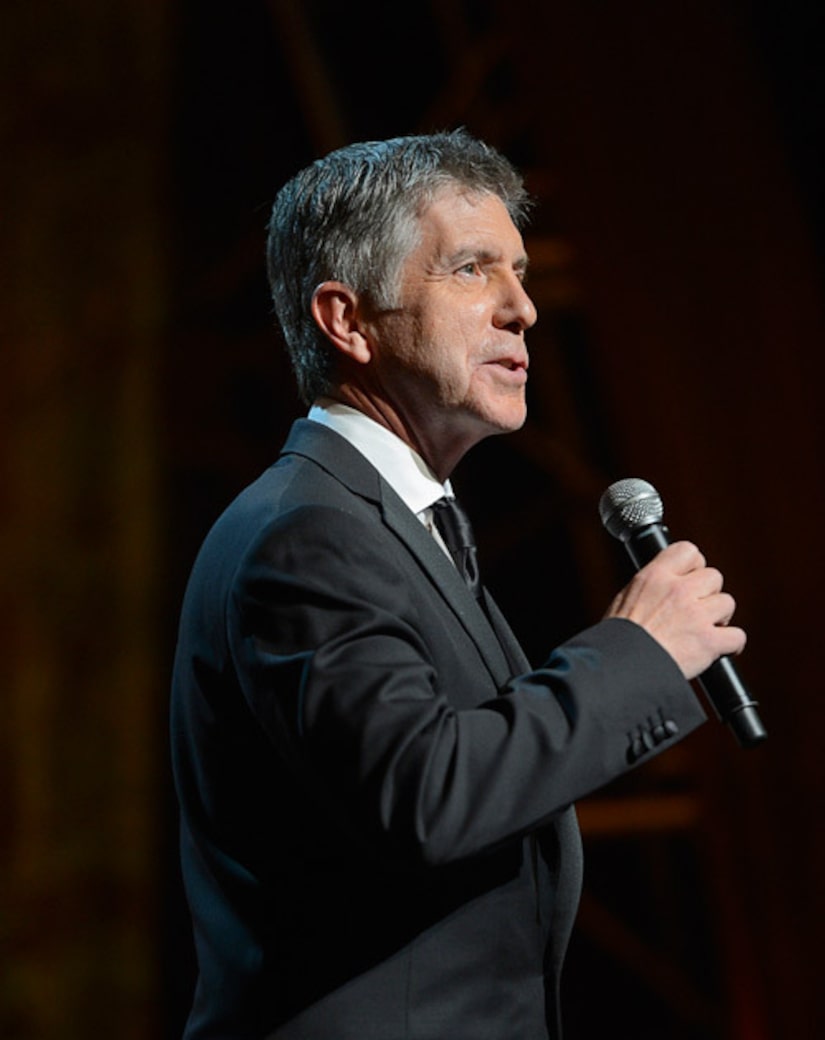 “Extra” special correspondent Tony Dovolani caught up with Boston native Tom Bergeron backstage at “Dancing with the Stars” to talk about the bombings that terrorized Tom's hometown. The tearful host talked of what an emotional day it was for him.

“It was the hardest show I have ever done,” he said of going to work on Monday. His daughter and wife were both in the city when the blasts went off near the Boston Marathon finish line.

“[My wife] was the one that texted me first to let me know what was going on,” he said. “She was in lockdown in a hotel… I worked in Boston for years, I know how valuable that marathon is, that last mile was dedicated to the families if Newtown. I'm feeling a mixture of grief, relief that my family's fine.”

Bergeron added, “We love you Boston.”

The show was also difficult for gymnast Aly Raisman, who considers Boston her home. She told Tony if she weren't at “DWTS,” she would have been at the event. “I would've been the Grand Marshal at the Boston Marathon today… it's definitely scary to think about.”