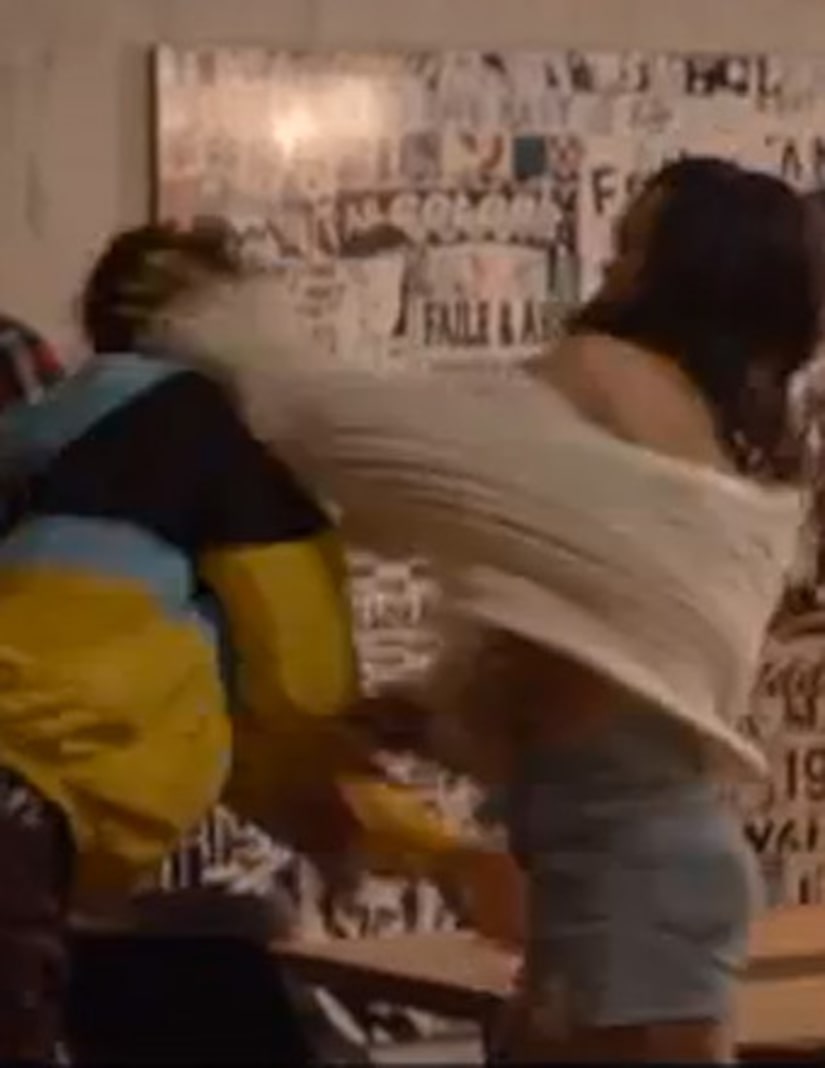 Singer-turned-actress Rihanna gives Michael Cera the smackdown in a hilarious new trailer for “This Is the End.”

In the scene, Cera -- playing an obnoxious version of himself -- sneaks up behind Rihanna and spanks her bum at a party. The “Diamonds” singer whirls around and smacks him across the face, yelling, “Don't f**king touch my bumper!”

The silly comedy about Hollywood stars trying to survive the apocalypse hits theaters June 14. Watch the red band trailer here, at your own risk.