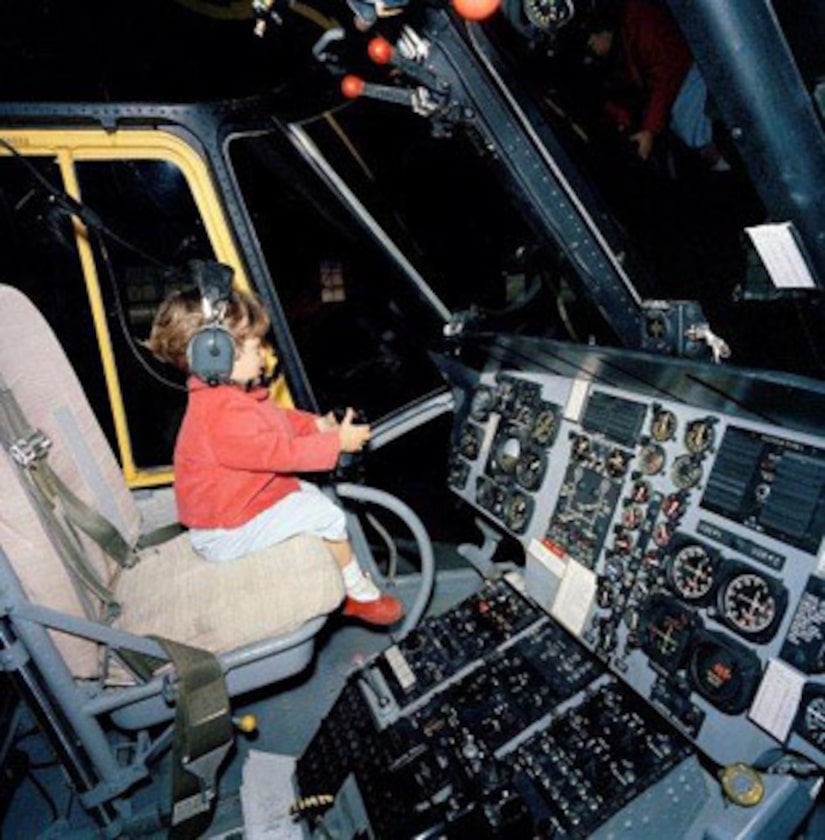 The JFK library released previously unseen images of John F. Kennedy Jr. playing in the cockpit of a helicopter. The pics were taken in 1963 when John-John was just 2 years old.

President Kennedy's son died at 38 in a tragic 1999 plane crash. He was piloting the aircraft to his cousin's wedding. His wife and sister-in-law were also killed.