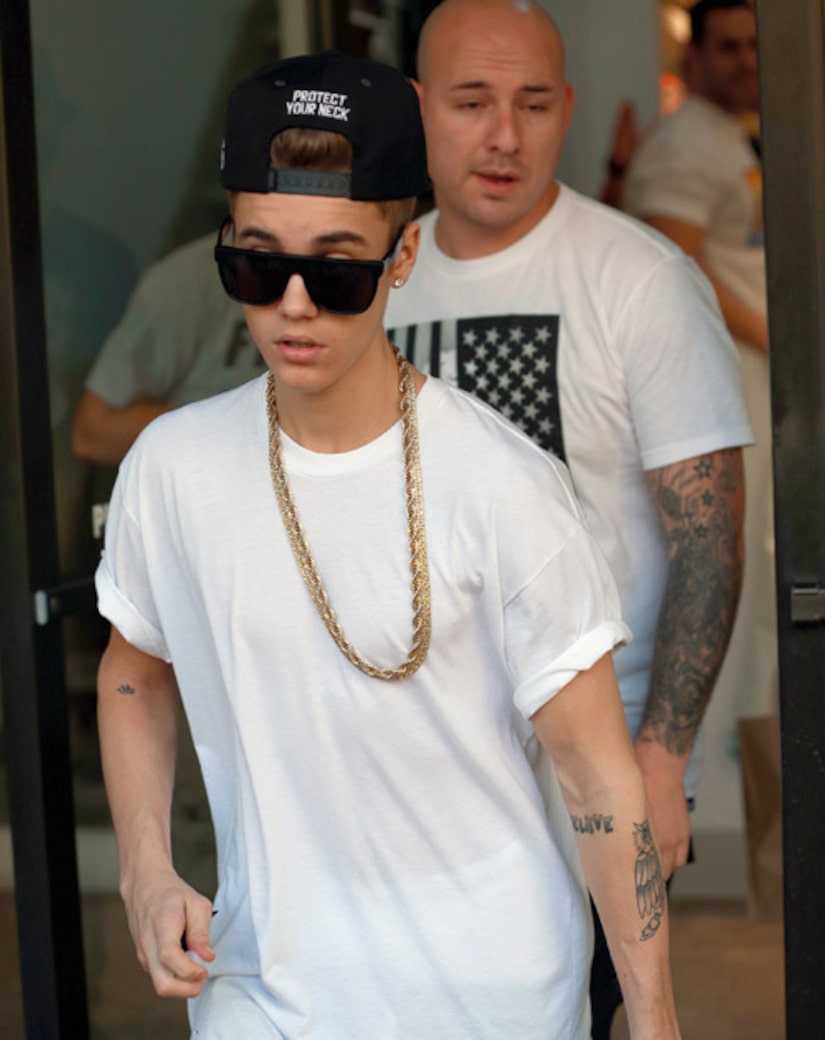 UPDATE: According to an insider, the accuser wasn't angry about loud partying at Justin's pad. The source told TMZ, Bieber was racing his Ferrari around the neighborhood and the man got mad. L.A. County Sheriff's spokesman Steve Whitmore also weighed in, confirming to "Extra" that Bieber is being investigated for battery.

Justin Bieber could be in trouble with the law after a neighbor accused him of battery and making threats, reports TMZ.

L.A. County Sheriff's spokesman Steve Whitmore told “Extra” that someone called from near Bieber's street address in Calabasas just after 9 AM and reported battery and threats. He added that the Malibu/Lost Hills Station is investigating.

Sources connected to Justin told TMZ that the “Believe” singer had just returned home from a trip overseas when the neighbor reportedly came on the property and complained about people throwing parties while he was away.

According to Team Biebs, the 19-year-old asked the man to leave, and then went inside, saying it was Justin's security that escorted the neighbor off the property. The insider said the teen idol never made contact with the man.