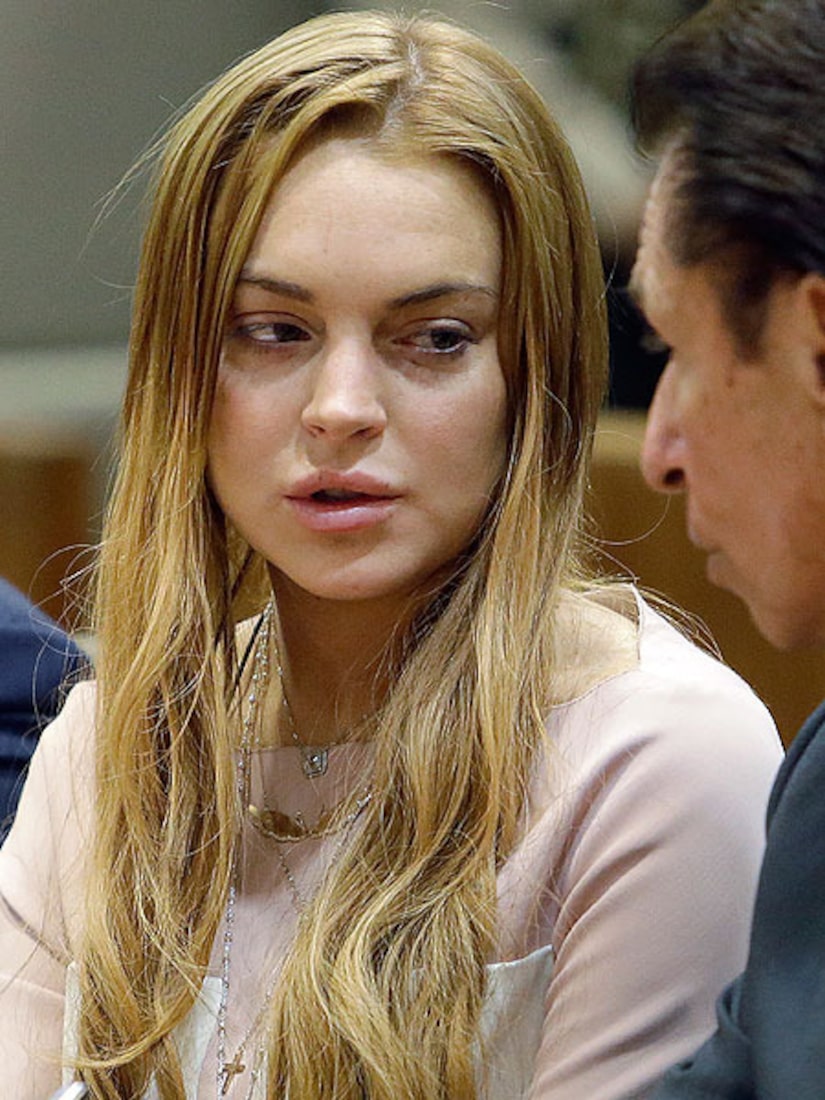 Troubled starlet Lindsay Lohan put aside her legal woes and impressed everyone on the set of the Charlie Sheen sitcom “Anger Management” on Monday.

Sources told NY Daily News that Lohan, who is notorious for being late for work, showed up ahead of schedule for her cameo spot, looked rested, and she turned in a great performance.

"She looked surprisingly good and was upbeat and professional," a source told The News.

LiLo is slated to play herself as a patient who develops feelings for Sheen's therapist character. The episode is set to air in April.

Sources said she agreed to the "Anger Management" cameo after Sheen gave her $100,000 to help pay off her back taxes.

Sheen and Lohan also worked together in the upcoming "Scary Movie 5," due out next month.