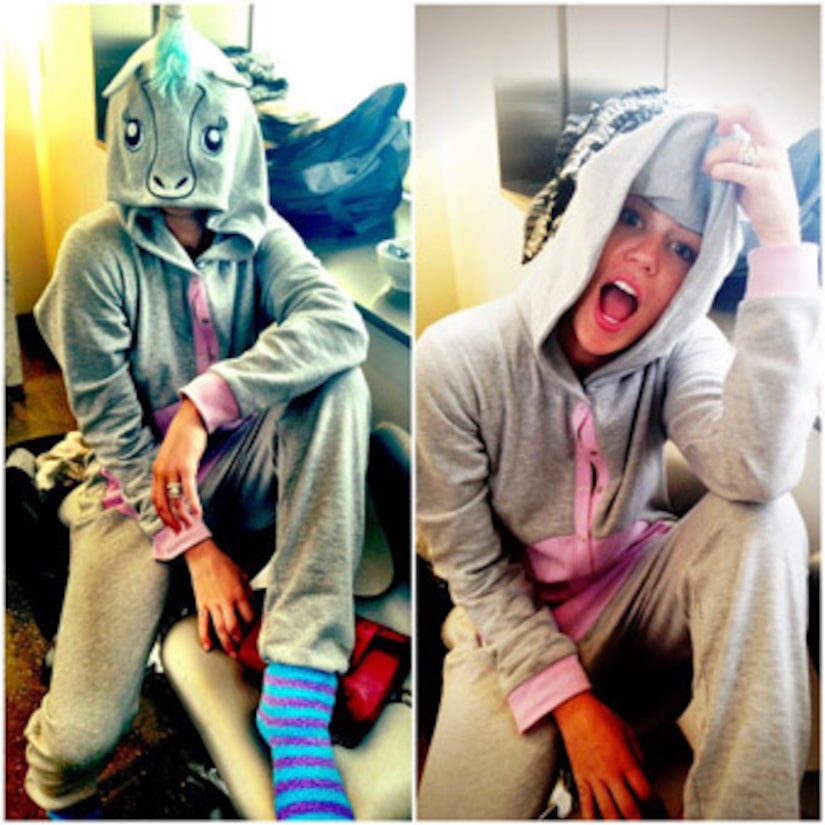 Singer Miley Cyrus is wearing her engagement ring again! The 20-year-old tweeted a pic of herself wearing the mega-sparkler, and for some reason, a onesie.

While Miley was enjoying her party of one, fiancé Liam Hemsworth was spotted at an airport in Manila, Philippines. The “Hunger Games” hunk, who was visiting Australia last week, appears to be sporting a new beard.

Cyrus denied rumors that the couple called off their wedding after she was photographed earlier this month without her ring.