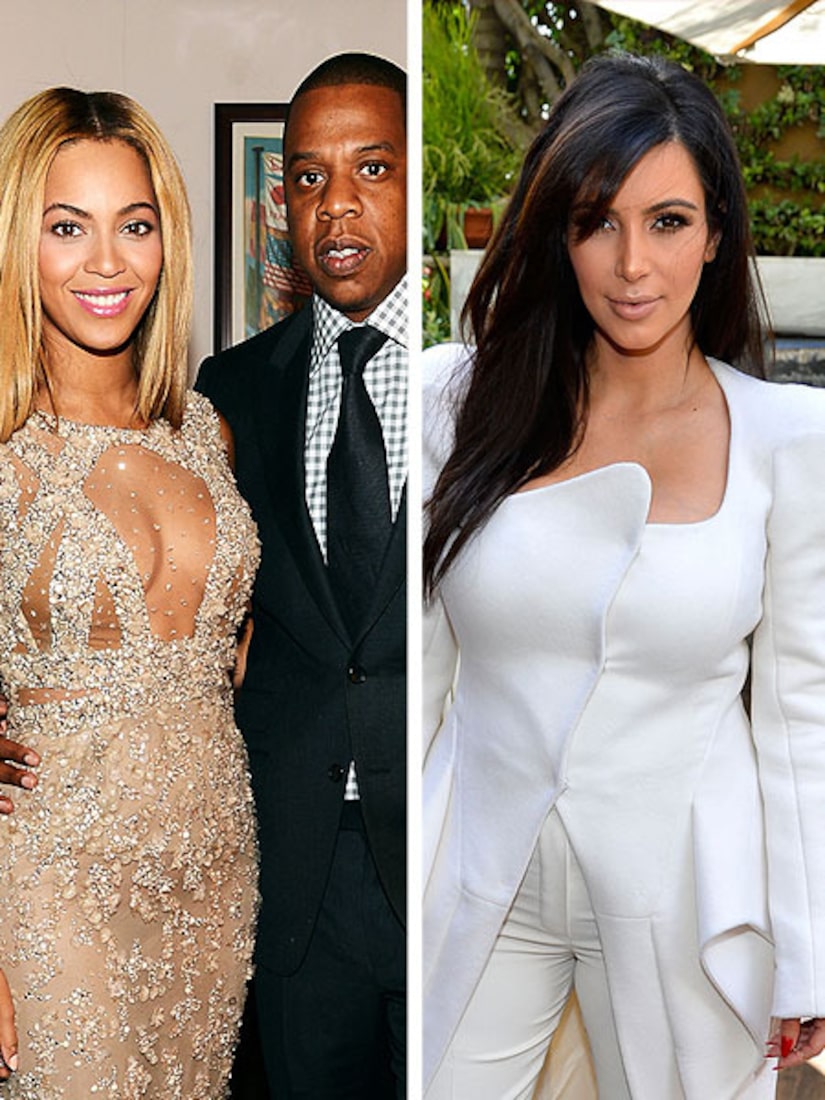 Some Hollywood A-listers and political figures -- including Beyoncé and Jay-Z, Kim Kardashian and First Lady Michelle Obama -- are victims of a hacker who has posted their detailed financial information online on a mysterious website.

Real estate mogul Donald Trump was also targeted. He told "Extra" on Tuesday, "It's a shame... that's technology. The old fashioned way used to be the best... you could lock it up and it'd be done."

The LAPD has launched an investigation, and the FBI is also involved, warning celebrities to lock down their accounts. LAPD issued the following statement Monday:

"LAPD detectives are investigating the recent disclosure of Chief Beck's personal information. Apparently this is not necessarily a hacking incident. It is called 'doxxing.' This has happened to the Chief on two other occasions prior to this in a similar nature post Occupy LA. We are not at liberty to discuss the others mentioned in the web post. There will be no further comments or press conference on this matter."