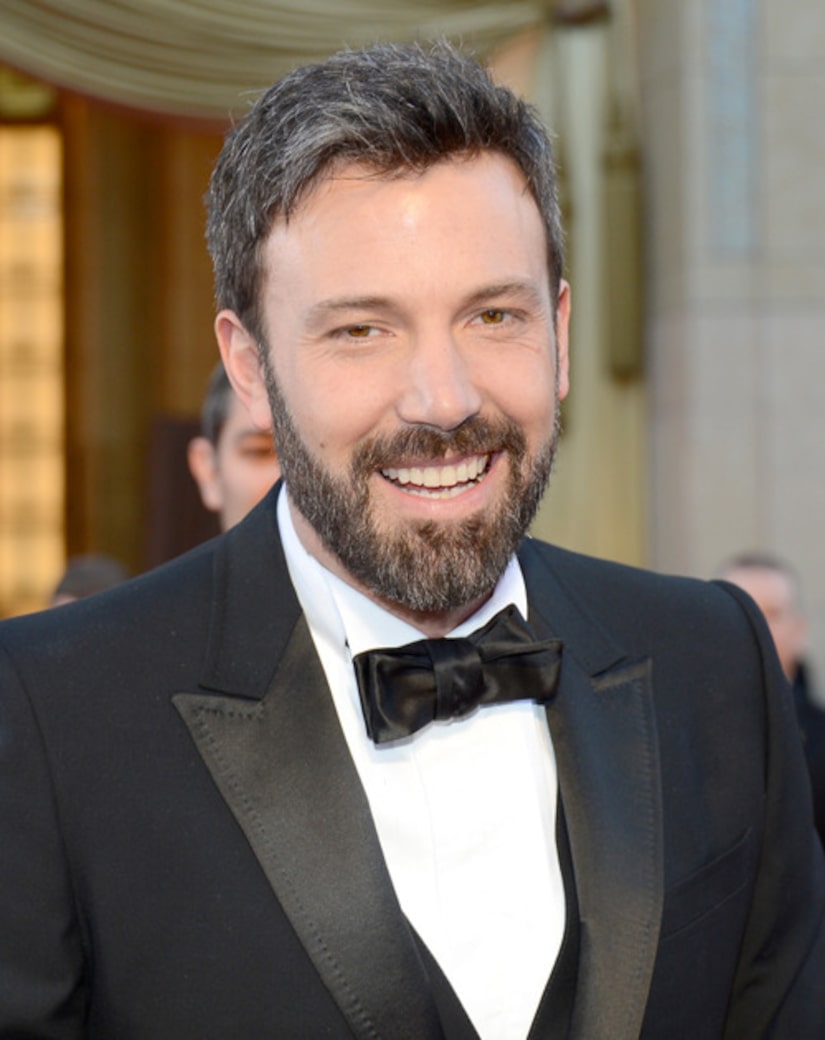 “Extra’s” Mario Lopez was catching up with Ben Affleck on the 2013 Oscars red carpet when their interview was hug bombed!  The two were chatting and out of nowhere George Clooney interrupted for a squeeze. George, who produced Affleck’s Best Picture contender “Argo,” joked that their beards got velcroed together.

Ben compared being at the Oscars to being at a championship sporting event, “This is the World Series, feels like the Super Bowl, no one’s going to put me on a football so team, so this is what I got.”

The filmmaker wasn’t the only Affleck competing for an award on Sunday. Just a few hours before the Academy Awards, Ben accompanied his daughter Violet to her spelling bee competition -- where she picked up the winning prize.