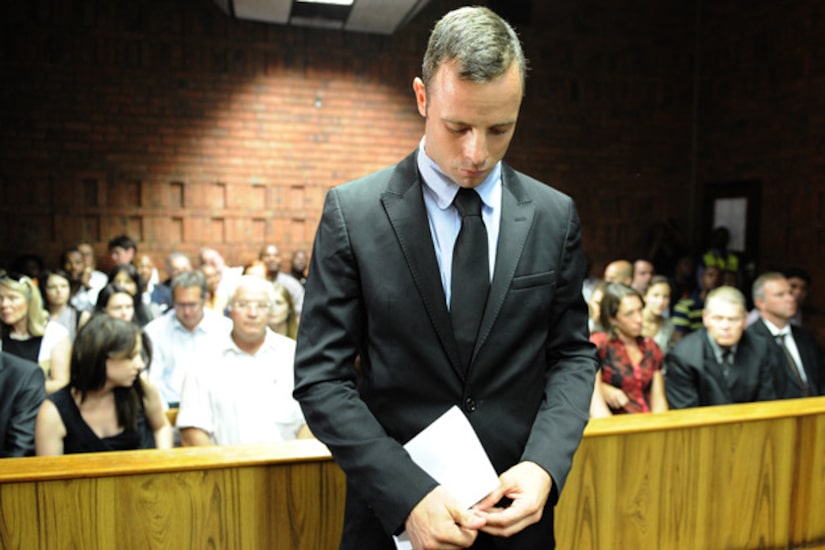 The prosecution brought damning accusations to Oscar Pistorius' bail hearing on Wednesday, claiming witnesses heard non-stop arguing leading up to Reeva Steenkamp's death and that police found steroids at the scene. The defense team fought back hard, giving the athlete some hope of avoiding further jail time leading up to the trial.

According to NBC News, multiple witnesses heard fighting coming from the Pistorius household in the hour leading up to the model's killing, but the story didn't hold up. Warrant Officer Hilton Botha, the first official on the scene, admitted during cross-examination that one witness was 1,000 feet from the athlete's residence when the shooting occurred.

Botha also said that authorities found needles and testosterone on the scene, but the “Blade Runner's” attorney, Barry Roux, stepped in to say that it was actually an herbal remedy. State prosecutor Gerrie Nel also intervened at one point, when the officer referred to the substance as steroids.

The Olympic and Paralympic track star told the court on Tuesday that he accidentally shot the aspiring reality star when he mistook her for an intruder hiding in the bathroom. He maintains that he was not wearing his prosthetic legs at the time.
According to the state, the angle of the gunshots indicates that he was wearing his prosthetics at the time.

Botha told the court, “No way it was self-defense. I believe he knew she was in the bathroom when he fired four shots through the door.”

The bail hearing to determine whether Pistorius will remain incarcerated until trial is likely to wrap this week.