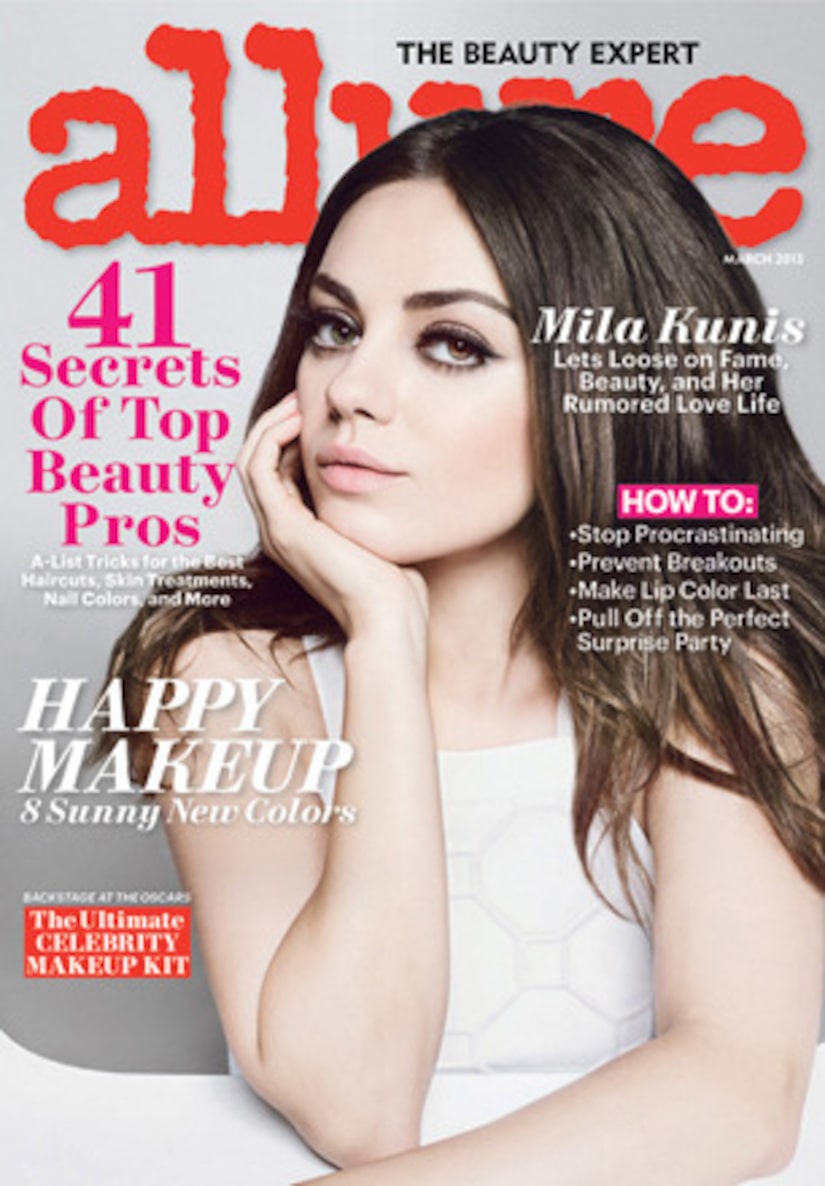 Sexiest Woman Alive Mila Kunis, 29, donned a sultry '60s-inspired look for her new Allure cover shoot, but the “Ted” star doesn't like to fuss with makeup on a daily basis.

She told the mag that as she's gotten older she feels “sexiest fresh out of the shower, clean, no makeup, no fuss. That's really when I feel the most attractive. I would not have said that in my early 20s.” 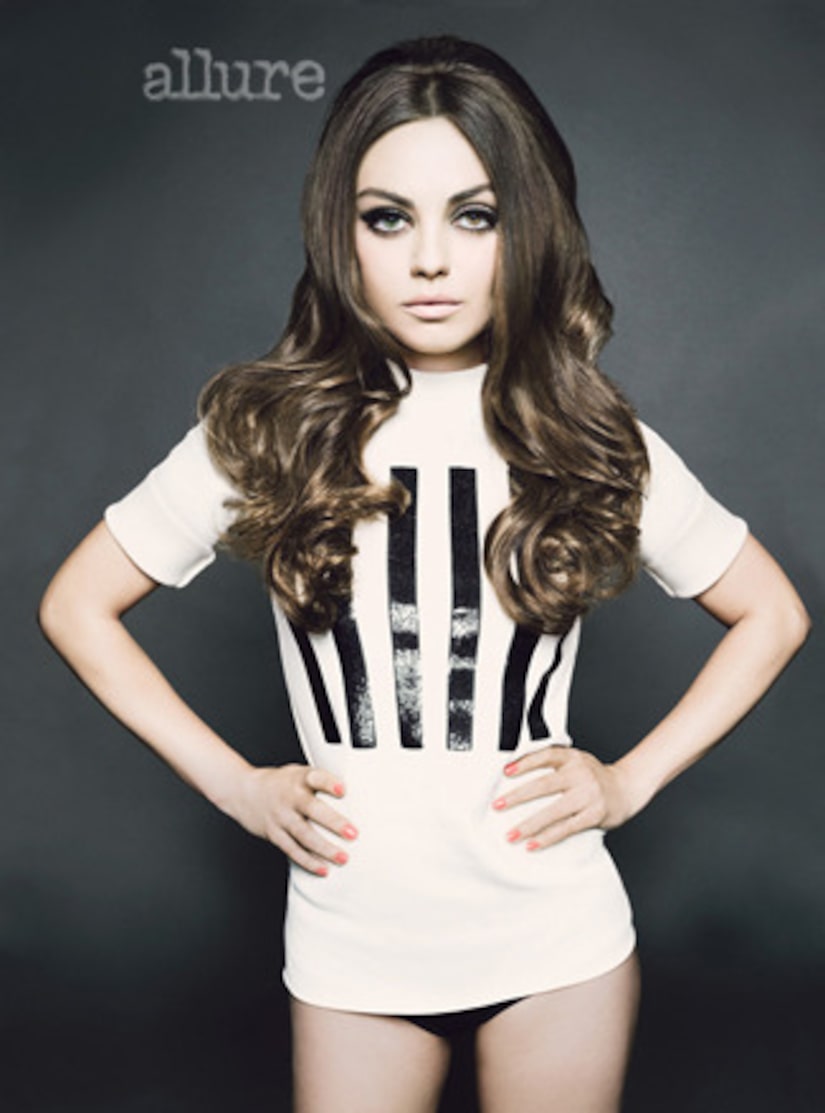 Kunis, who is dating fellow “That '70s Show” alum Ashton Kutcher, also confessed, “I don't think I'm the Sexiest Woman Alive, but the Starbucks guy has a hoot writing it on my cup!” 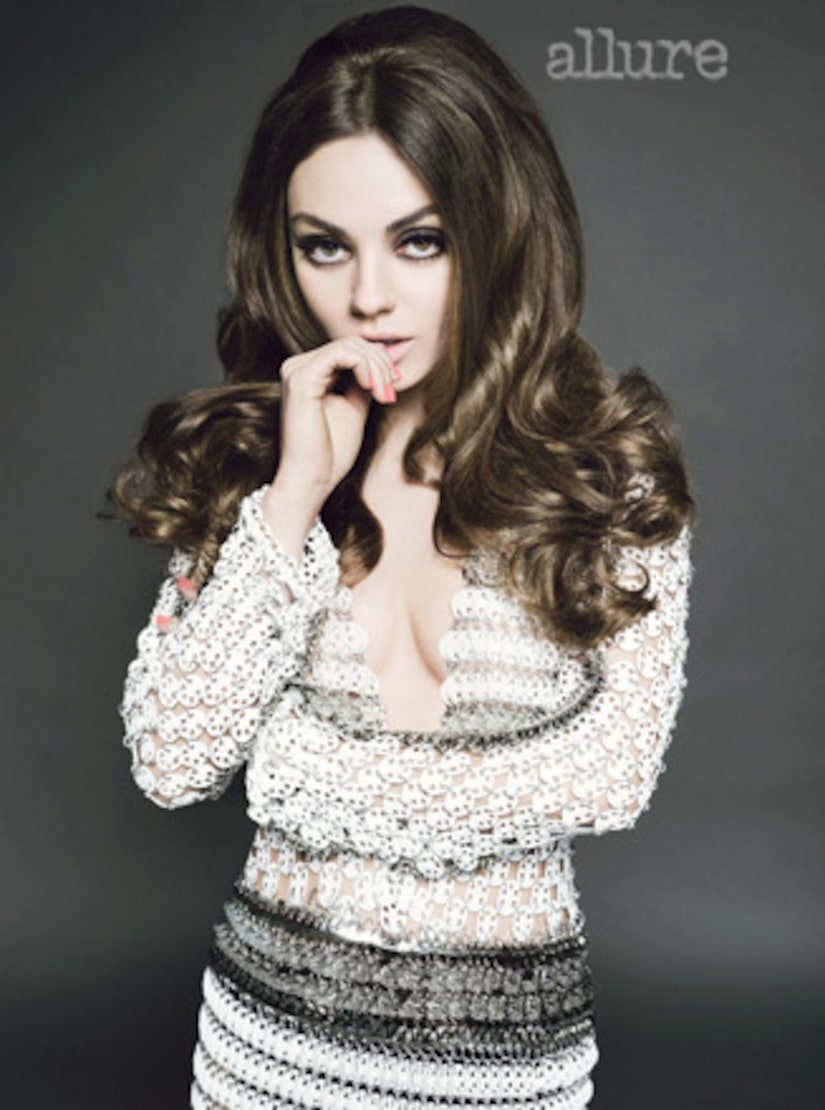 For more with Mila, check out the behind-the-scenes video!

The new issue of Allure hits newsstands on Feb. 19.