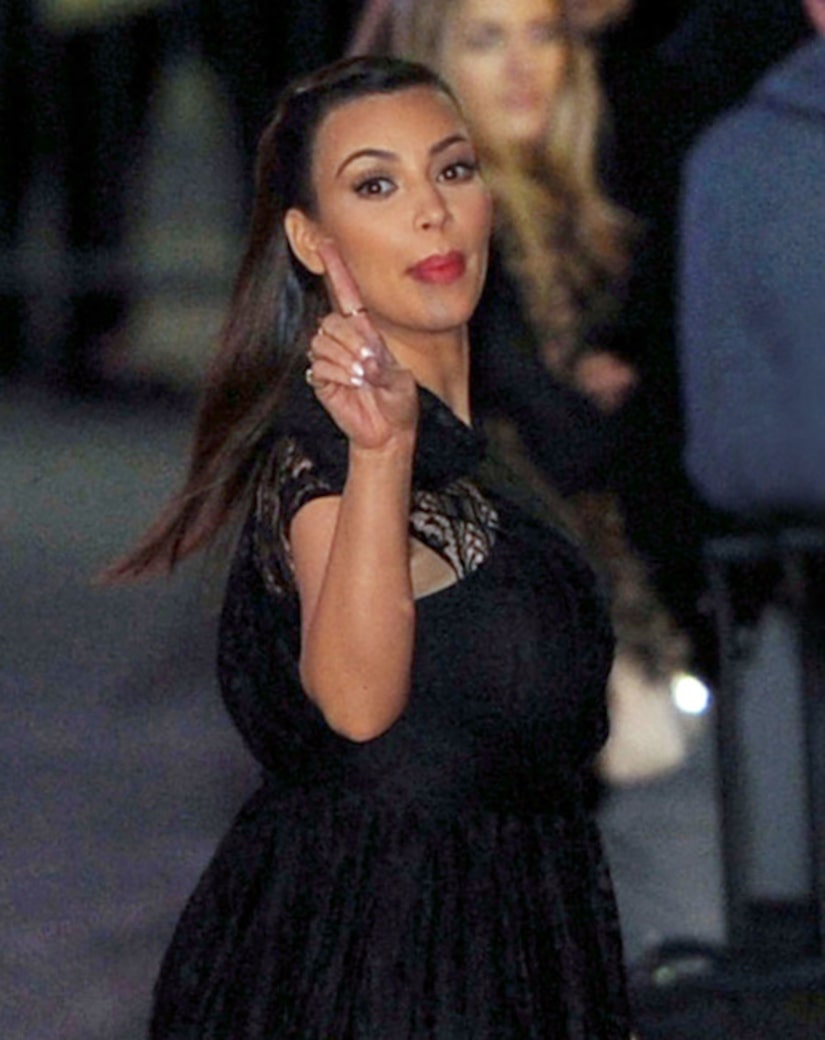 Court documents obtained by "Extra" reveal that expectant Kim Kardashian wants her divorce from Kris Humphries finalized, not only for her own health, but that of her baby. The reality star and boyfriend Kayne West are expecting the little one in July.

In the filing, Kim stated, "I do not want to be married to [Humphries] when I have my baby… I am requesting the status of my marriage be determined now for not only my health and welfare but also for the health and well-being of my unborn child."

The “Keeping Up with the Kardashians” star also indicates that she believes the Brooklyn Nets star is deliberately trying to stall the proceedings.

She told the court, "Immediately upon it becoming known to the public that I was pregnant... I began to see articles in the media with quotes attributed to [Humphries] stating that now that I am pregnant he has 'got all the power,' 'that he is in control of my misery' and that he is not going 'to allow' me to be divorced by the time I have my baby.” Now, the 32-year-old, who asked for an immediate trial or the option to bifurcate (separate her marital status with Kris from the former couple's financial issues), wants to move on.

Her declaration continued: "I firmly believe that an immediate dissolution of our marriage will help create a new, full life for me. One chapter will be officially over, and a new one can begin. The same should hold true for [Humphries]."

One week after Kim's Jan. 24 filing, Humphries lawyer Marshall Waller responded. According to court docs obtained by TMZ, he said, "What is really going on here is that an 'urgency' in the form of an apparently unplanned pregnancy, something [Humphries] had nothing to do with, is perceived by [Kim] as an opportunity to gain a litigation advantage by trying to force this court to prematurely set this matter for trial,” he said.

There is also a footnote that reads, "Indeed, why would [Kim] plan to get pregnant in the midst of divorce proceedings?"

Kim's mom, Kris Jenner, confirmed to the hosts of “The View,” "Kim has been going through this divorce for months. She has been under a lot of stress because of it and the doctors told her you've had a really tough week and the stress could become a problem if she isn't careful."