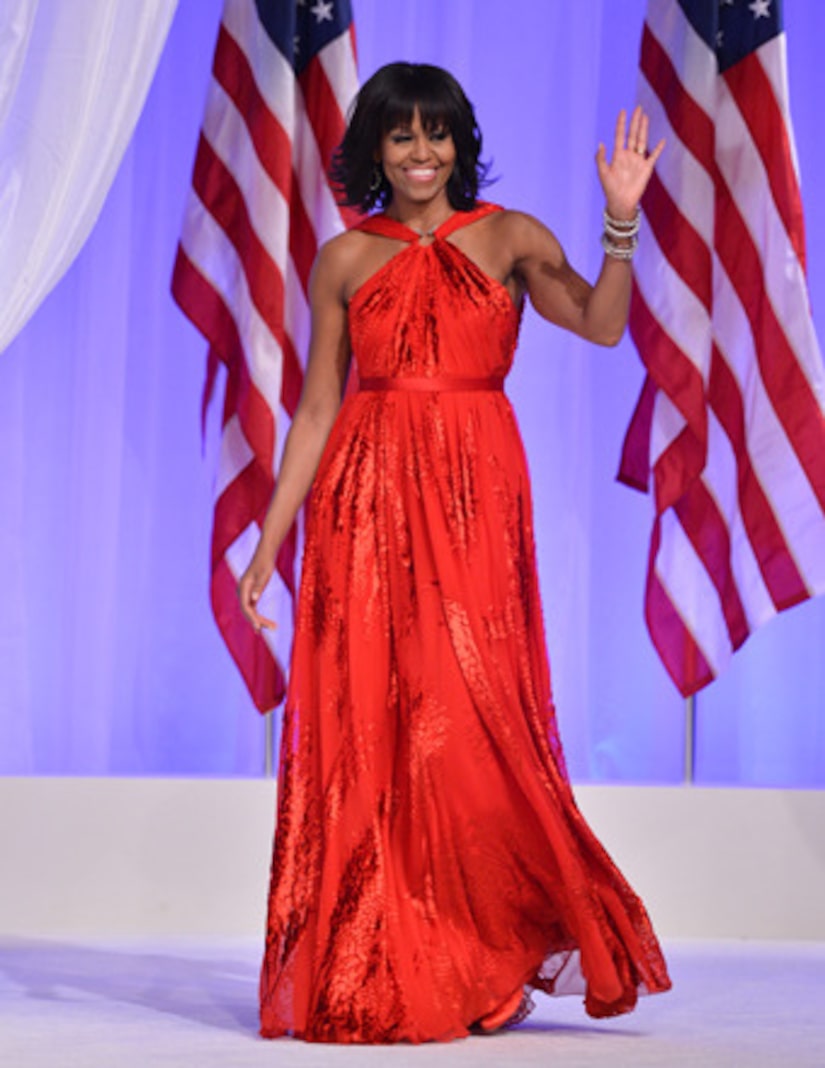 First Lady Michelle Obama was the belle of the Inaugural Ball Monday night as she stepped on the dance floor with President Obama in a stunning, floor-length Jason Wu gown.

Fashion savvy Obama put Wu on the map back in 2009 when she arrived at the President's first Inaugural Ball in a flowing, one-shoulder dress also designed by Wu. 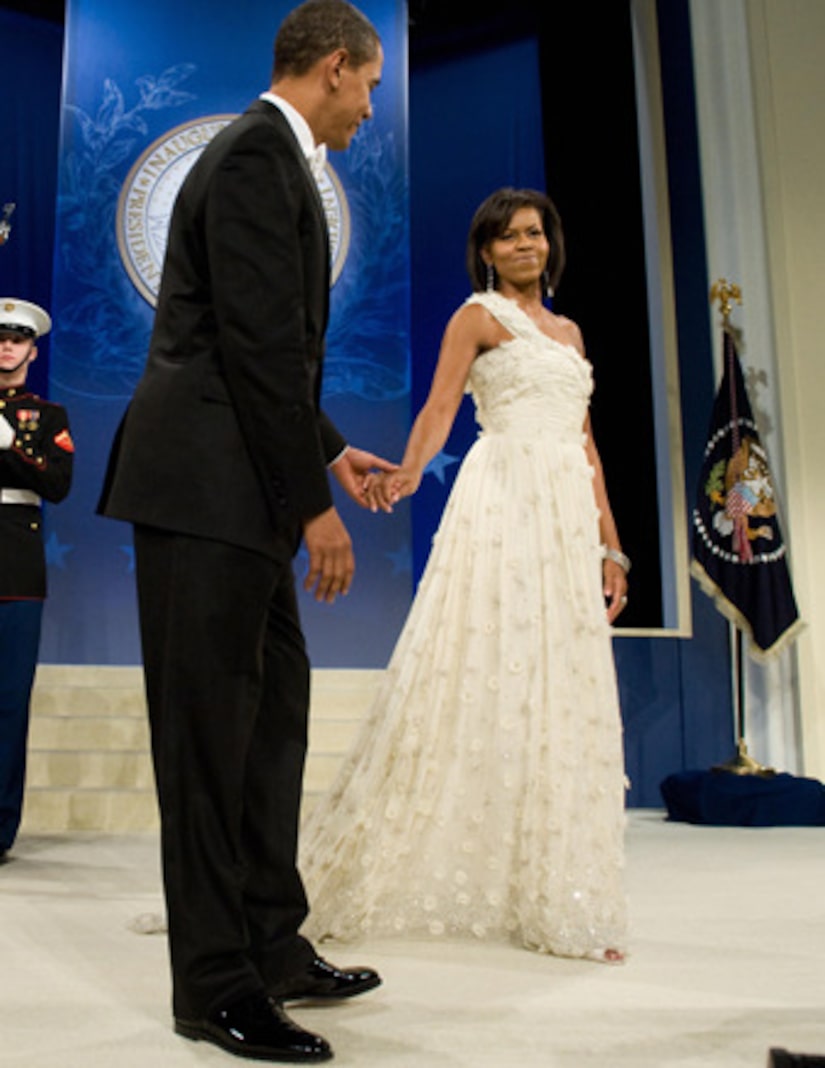 Wu tweeted he was “#Inshock” Monday night when he learned Mrs. O had chosen his softly pleated, fire-engine red halter gown. He told the Daily Beast earlier this month that his designs are “a little sexier, a little more provocative, and a lot more womanly” then they were a few years ago.

Obama paired the custom chiffon and velvet gown with Jimmy Choo heels and a handmade diamond ring by designer Kimberly McDonald. Although she's known to repeat outfits, you won't see her in this dress again. Like the 2009 gown, the special occasion attire will go to the National Archives.

In an exclusive interview with "Today," Jason said he was "glued to the screen" as he waited for Michelle to emerge for the big reveal. "I worked closely together with Mrs. Obama's team achieving the right fit and right look for the dress, but of course we had no confirmation until the second she came out."

"It never gets old," he said of designing for the First Lady, adding that he is still "pinching" himself. Wu, 30, has met his muse and said she is just as "lovely" in person.

Michelle certainly had a good time wearing the ensemble, she tweeted from her FLOTUS account, “Just danced to "Let's Stay Together" with the love of my life and the President of the United States. I'm so proud of Barack. –mo”

Browne told "Today," "It is one of those humbling, overwhelming experiences you really can't put into words... She looked beautiful." 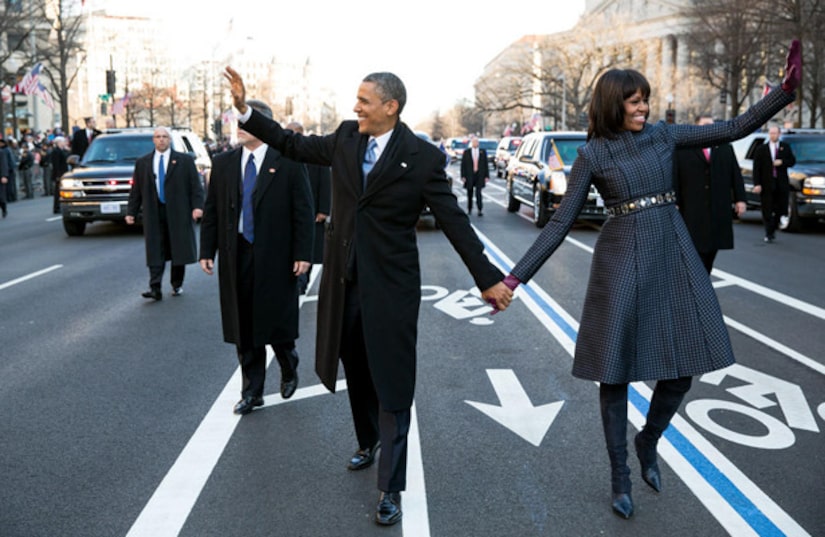