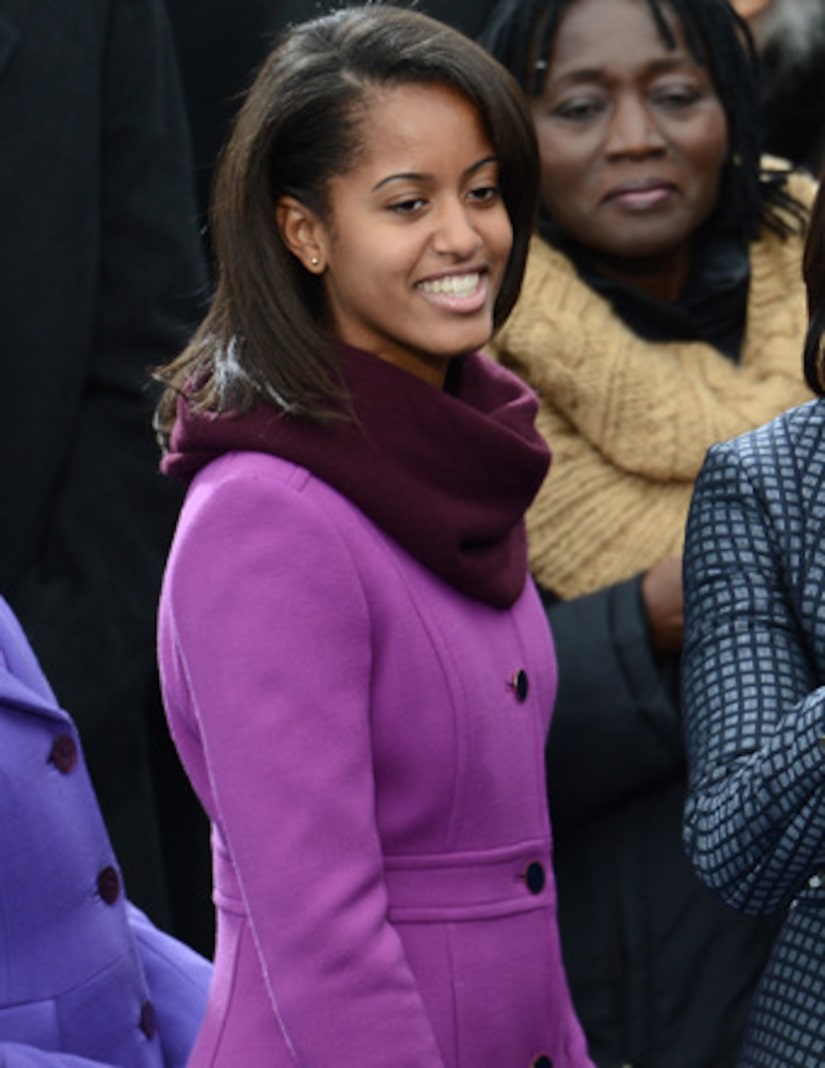 First daughter Malia Obama is sure to have her share of teen challenges while spending her high school years in the White House, especially when it comes to dating!

Her aunt, Maya Soetoro-Ng, told “Extra’s” A.J. Calloway that the 14-year-old will have the Secret Service trailing her on any romantic outings.

“I think my brother is relieved that if ever she does decide to go on a date, it's going to be with Secret Service,” she said.

In an exclusive Inauguration Day interview, Maya also revealed that no one can escape the Psy phenomenon, not even the President! “I have actually seen him doing ‘Gangnam Style!’ Maybe I’m not supposed to share that.” She added that his daughters joined in the fun too.

The pair also discussed one of the hot topics of the day, Michelle Obama’s new ‘do! Maya said, “She's such a fiercely intelligent woman, but the truth is she is also incredibly fashionable.”

On a serious note, Soetoro-Ng told A.J. that her mother, Ann Dunham, would be “immensely proud” of President Obama if she had been at the inauguration today.

“She would say that this is a time to enjoy ourselves and she would be immensely proud,” she explained. “She is wherever she is dancing and celebrating with us tonight.”