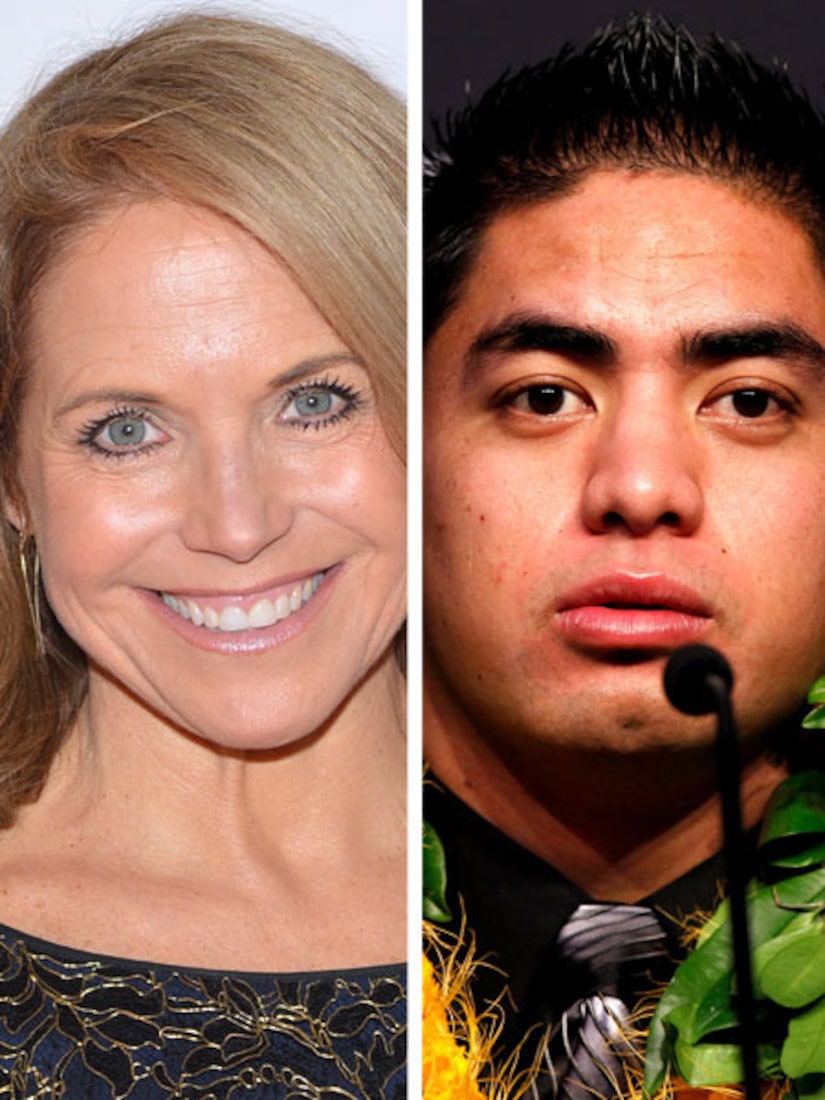 Daytime TV talk show host Katie Couric will speak with Manti Te'o in his first televised interview since becoming a victim of an Internet dating hoax.

On her show “Katie,” Couric will sit down with Te'o and his parents, Brian and Ottilia Te'o, who are also speaking out for the first time and say they were also victims of the hoax, reports ABC News. The interview will broadcast on Thursday, January 24.

TMZ reports Couric may have snagged this big interview with Te'o because she and Manti share the same high-powered publicist, Matthew Hiltzik, who specializes in crisis management.

The Notre Dame football star gained attention as the victim when it was revealed that his girlfriend “Lennay Kekua” never existed, and her death was faked.

Speaking with ESPN on Friday, off-camera, Te'o said he wasn't part of the hoax, allegedly perpetrated by friend Ronaiah Tuiasosopo, but Manti did admit he “tailored” his stories so people would think he “met her before she passed away.” The linebacker said Tuiasosopo contacted him to admit his part and apologize last week.