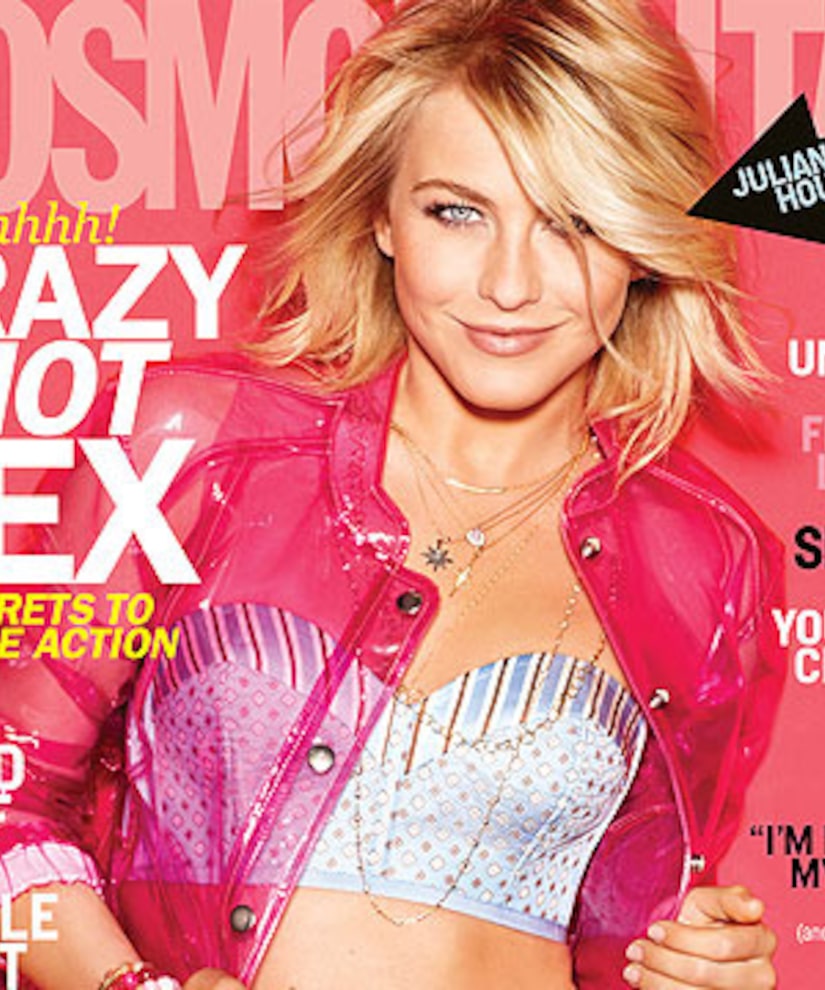 Actress and dancer Julianne Hough graces the February cover of Cosmopolitan magazine, in which she talks about her troubled past as a child living away from home and studying dance abroad.

While attending the prestigious Italia Conti Academy of Arts in London, Hough said the adults around her took advantage of her being without parental supervision. "I was abused, mentally, physically, everything. I was 10 years old looking like I was 28, being a very sensual dancer.”

The “Rock of Ages” actress continued, "I was a tormented little kid who had to put on this sexy façade because that was my job and my life. But my heart was the same, and I was this innocent little girl. I wanted so much love."

Hough, now 24, explained the abuse became worse "when I started hitting puberty, when I started becoming a woman and stopped being a little girl."

She attended the school with fellow “Dancing with the Stars” pro Mark Ballas and her brother, Derek Hough, all children at the time.

Hough won't name names and says, "I'm a very forgiving person, and I don't want to hurt anybody," she said. "What's past is past."

Julianne and TV host and producer Ryan Seacrest have been dating for two years. She is starring in the upcoming romantic drama "Safe Haven," with Josh Duhamel.

Read more of the interview at Cosmopolitan.com and check out February issue, on newsstands January 8.