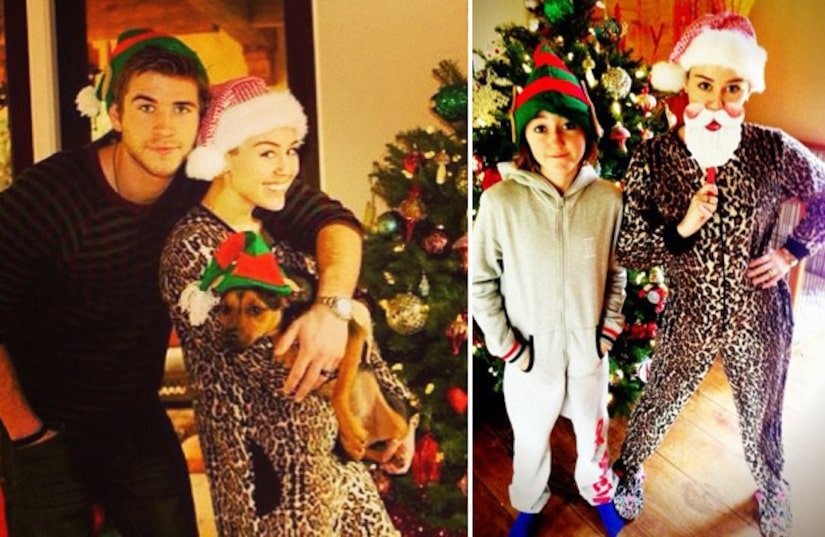 Miley Cyrus and Liam Hemsworth’s festive photo shoot, including holiday hats and leopard print pajamas, is sparking rumors that the two got married in a secret Christmas wedding ceremony.

This isn’t the first time the press has speculated that they're already married. Watch as Liam surprises the audience at the Australians in Film Awards crowd by revealing “we’re married” in his acceptance speech. Although rumors were flying, the comment was brushed aside as a mistake. Check out the video!