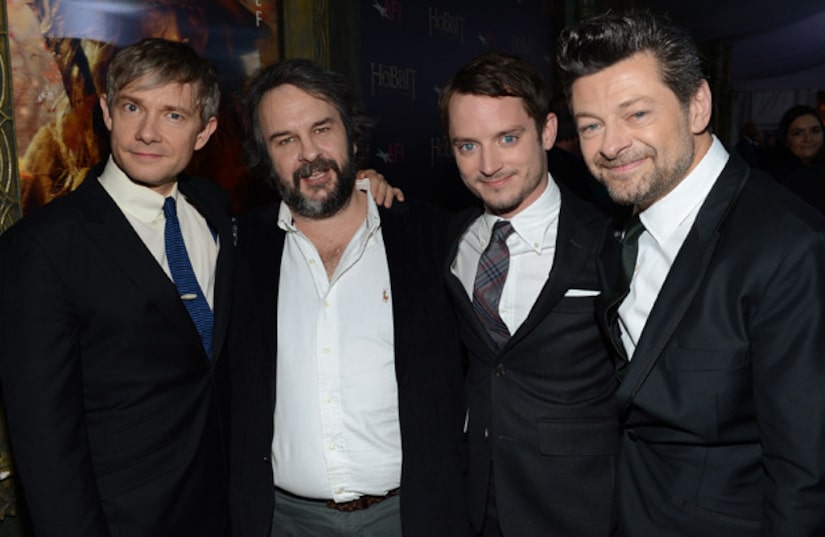 The last time “Hobbit” director Peter Jackson hung with a bunch of dwarves and Gollum… he nabbed 17 Oscars, collected a $180 million paycheck and bought himself a Gulfstream jet!

Now he’s back in J.R.R. Tolkien’s world, launching the first of three “Hobbit” movies. He told “Extra’s” A.J. Calloway at the junket, “I quite like the idea of stepping back into Middle Earth and telling a new story.”

The prequel story to the “Lord of the Rings” trilogy takes audiences back to the shire where Bilbo Baggins is writing his memoir, chock full of adventures with Gandalf, a pack of dwarves and a dragon named Smaug.

Ian McKellen, who plays Gandalf in the series, noted that this time around they got to have a lot more fun with the material. “’Lord of the Rings’ is about saving the world. A hero doesn't make it back home. ‘The Hobbit’ gets back home, because [Bilbo is] just been on an adventure, that's the difference.”

Jackson also had a little fun with the technical side of things. The film is the first major production shot in 48 frames per second. He explained, “It's like you chop a hole in the back of a cinema and take the screen away, and you look into the real world.”

Bilbo, aka Martin Freeman, is definitely impressed. Freeman told us, “It's unlike anything I've ever seen before.”

“The Hobbit” arrives in theaters Dec. 14.