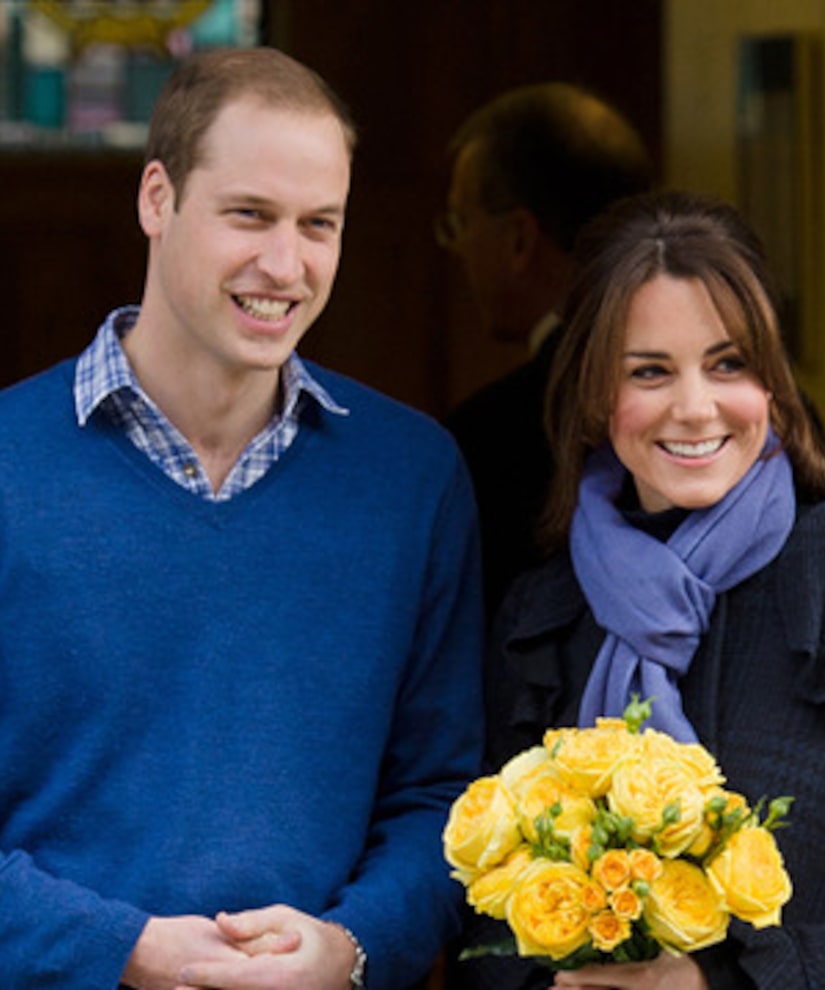 A throng of reporters and photographers greeted Kate Middleton and Prince William as they left King Edward VII Hospital in London on Thursday morning. The pregnant duchess, who was being treated for acute morning sickness, smiled and waved at the crowd as she clutched a small bouquet of yellow flowers.

Middleton, 30, had been in the hospital since Monday after a bout with hyperemesis gravidarum. According to Nick Loughran, Assistant Press Secretary to the royal couple, Kate “will now head to Kensington Palace for a period of rest. Their Royal Highnesses would like to thank the staff at the hospital for the care and treatment The Duchess has received."

ABC News reports that Kate fell ill while visiting her parents in Bucklebury. William reportedly took action, driving her -- and their security team -- 50 miles by Range Rover to the hospital.