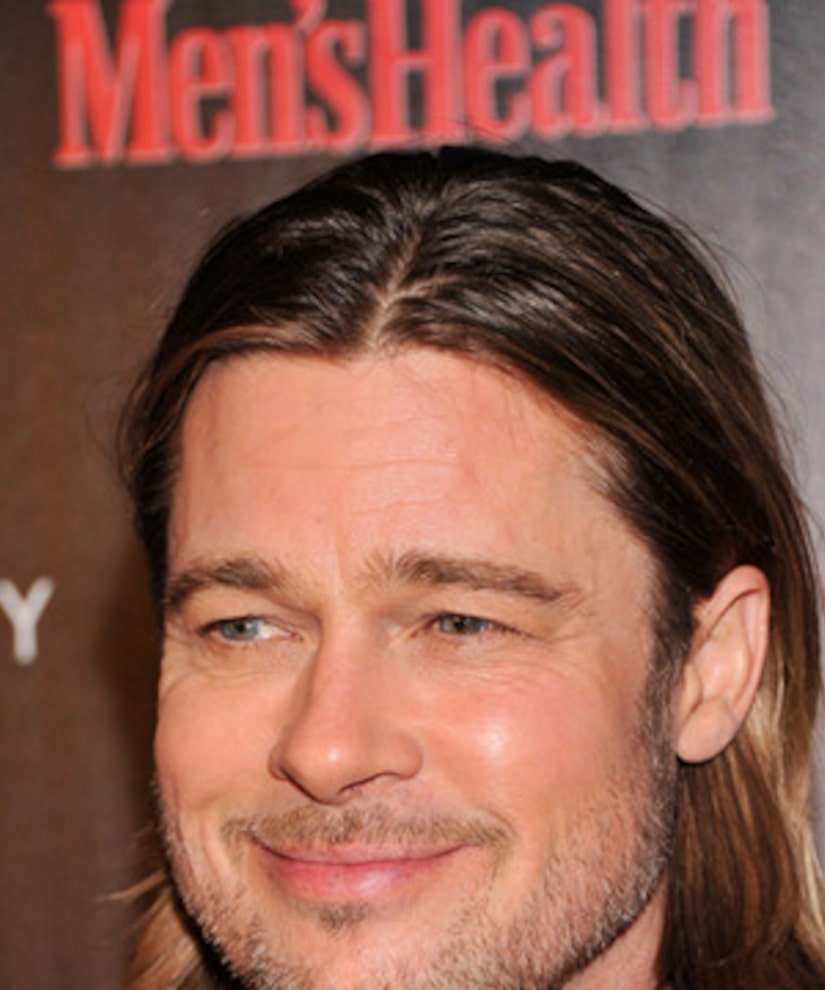 Proud parents Brad Pitt and fiancée Angelina Jolie may have a troupe of aspiring actors on their hands as Vivienne, Zahara and Pax prepare to make their big debut in mom's film, “Maleficent.”

“Extra’s” Jerry Penacoli caught up with Brad at the “Killing Them Softly” premiere and got the scoop on Angelina’s “Sleeping Beauty” flick. “This is a story [the kids] know and love well, and their mommy's Maleficent,” he explained. “And so... they don't see it as anything beyond that, just playtime.”

If the Jolie-Pitt children catch the acting bug, however, Brad and Angie won’t stand in their way. “Whatever they want to do… we'll have them figure it out,” says dad.

Brad is one busy guy. In addition to his dad duties and “Killing Them Softly” press tour, he’s also designing furniture for Pollaro and starring in the upcoming zombie apocalypse movie, “World War Z.”

“This is not your usual zombie… it’s good, it’s good fun,” he said of the horror film.