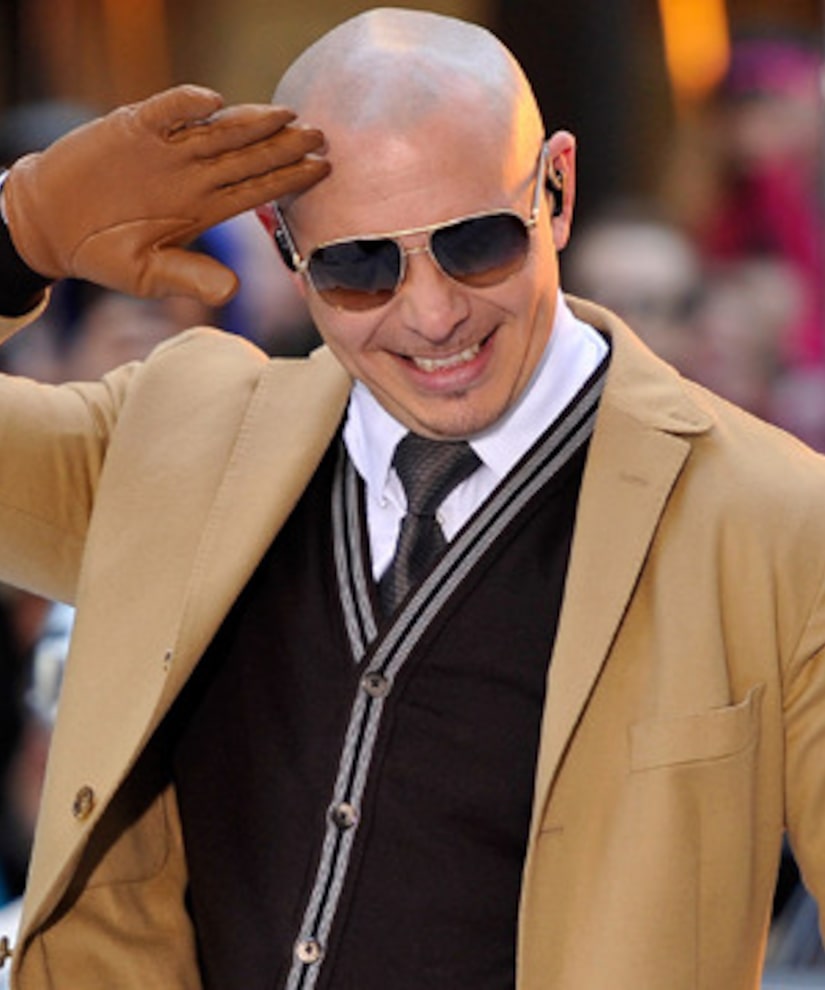 “Extra” host Mario Lopez caught up with superstar Armando Cristian Pérez aka Pitbull, to talk about the controversy surrounding his new album, “Global Warming," his celebrity crush and more.

The rapper’s “Don’t Stop the Party” video caused an upset in the UK and the piece was banned.

Pitbull’s response? “I want to say to the United Kingdom and everybody in Britain, London... thank you very much for banning the video. I appreciate it."

On a lighter note, Pitbull was willing to open up about reality TV, bedroom music and his celebrity crush.

Mario asked, “Who would you rather have judge your music, Simon Cowell, Christina Aguilera, or Mariah Carey?” Pitbull replied, “Christina  and Mariah at the same time!”

When Lopez inquired about the song Pitbull plays when he’s trying to get romantic with a woman, he responded, “Gotta put on some of that Jodeci.”

When it comes to celebrity crushes, the singer revealed that Ana Carolina De La Fonseca is his favorite. He told Mario jokingly, “I heard she's pregnant -- and not by me!”