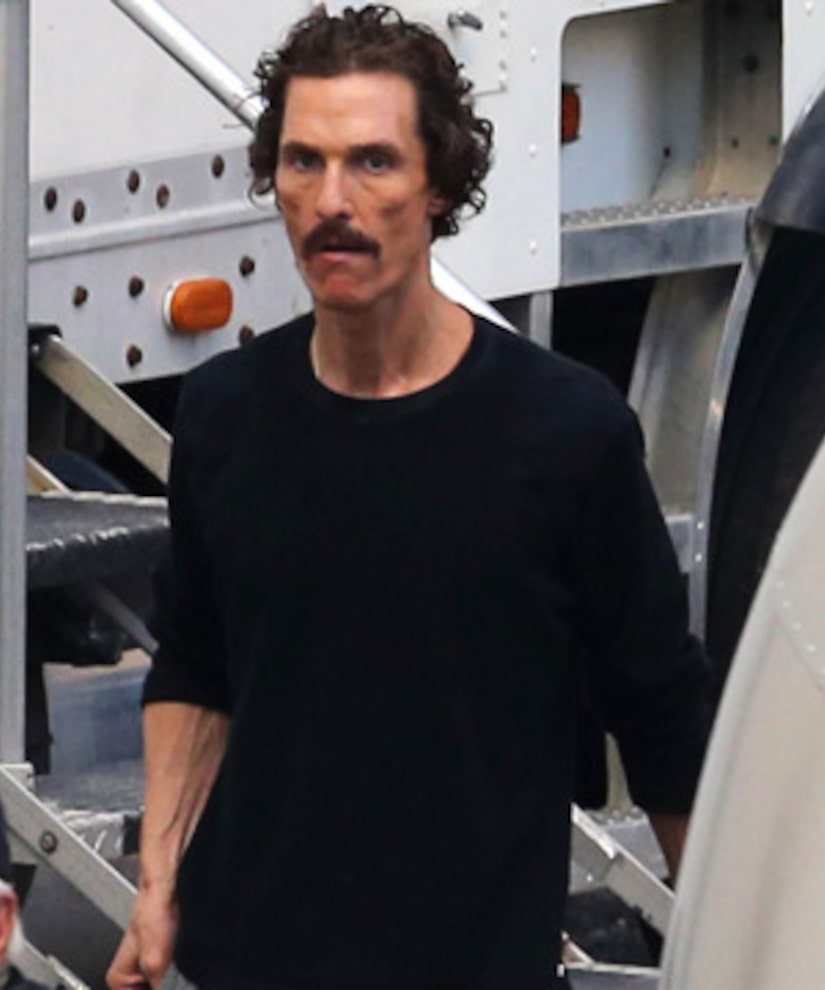 Actor Matthew McConaughey has lost a shocking 38 pounds for his new role in the “Dallas Buyers Club,” weighing in at just 143 pounds.

The slimmed-down star, who will play an AIDS patient seeking experimental HIV medication in the '80s, sat down with Hitfix's Greg Ellwood to talk about how he lost the weight.

“I feel good now,” he explained. “Overall, I've probably got 35 percent less energy, but the tough part is there have been plateaus… getting past 150 was really hard and then, bam! Got down to 143 and that's where I want to be.”

How did he shed all that weight? “I'm doing cardio but I tell you what, the more I've learned is – and I think it comes with age too – is it's 90 percent diet. It's 90 percent amount and then what you're eating because right now I'm not losing any more weight if I burn 1,500 calories, two hours of cardio in an afternoon, or if I don't. It doesn't matter. It's a matter of how much I eat or how little I eat.”

McConaughey says his stomach shrunk with the weight loss so he's not as hungry these days, but he still looks forward to the day he can eat a cheeseburger. “As much as I can't wait to have that cheeseburger on the day [shooting ends] it'll probably be damn hard to eat the whole thing.”

He added, “When that day comes, and it's coming, I don't want to be doing this interview at a Pizza Hut buffet, you know?”