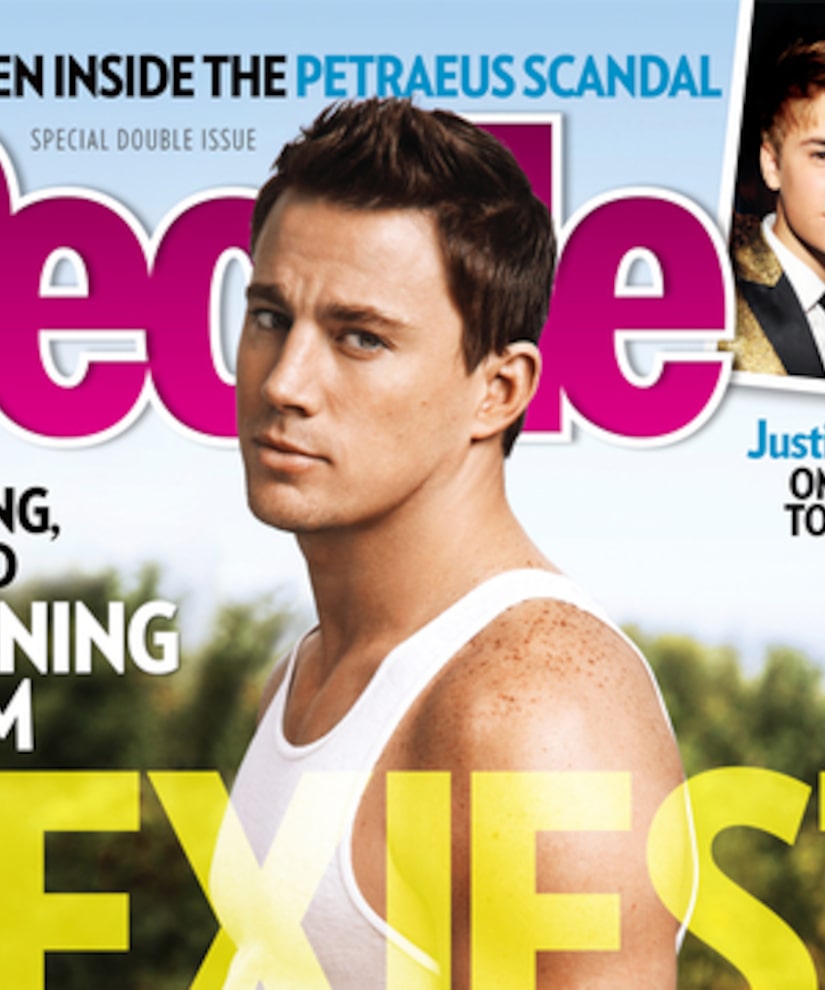 The chiseled star's first thought was “Y'all are messing with me,” he told People. While, his wife, Jenna Dewan-Tatum, “was like, 'What?'”

"I told Jenna after we'd been in the bathtub washing our dogs because they'd gotten skunked." He added proudly, "Yeah, she calls me the Sexiest Man Alive now.”

The happy couple married in 2009 and is thinking about starting a family. "I'm ready; I think she's ready," Tatum, 32, said. "The first number that pops into my head is three, but I just want one to be healthy and then we'll see where we go after that."

"People know him to be fun and sexy, but they don't know how emotionally deep and spiritually open he is," Jenna, 31, said. "He is such an open-hearted person; what you see is what you get."

Keeping his sexy physique is no problem these days. He's training to play an Olympic athlete in “Foxcatcher.”

"I like to be lean,” he explained. “If I get too bulky I can't move well and I like to move," he says. "When I'm not training, I get really round and soft."

For more of People's exclusive interview and photos of Tatum – including more than 180 of your favorite sexiest men – pick up this week's issue, on newsstands Friday.