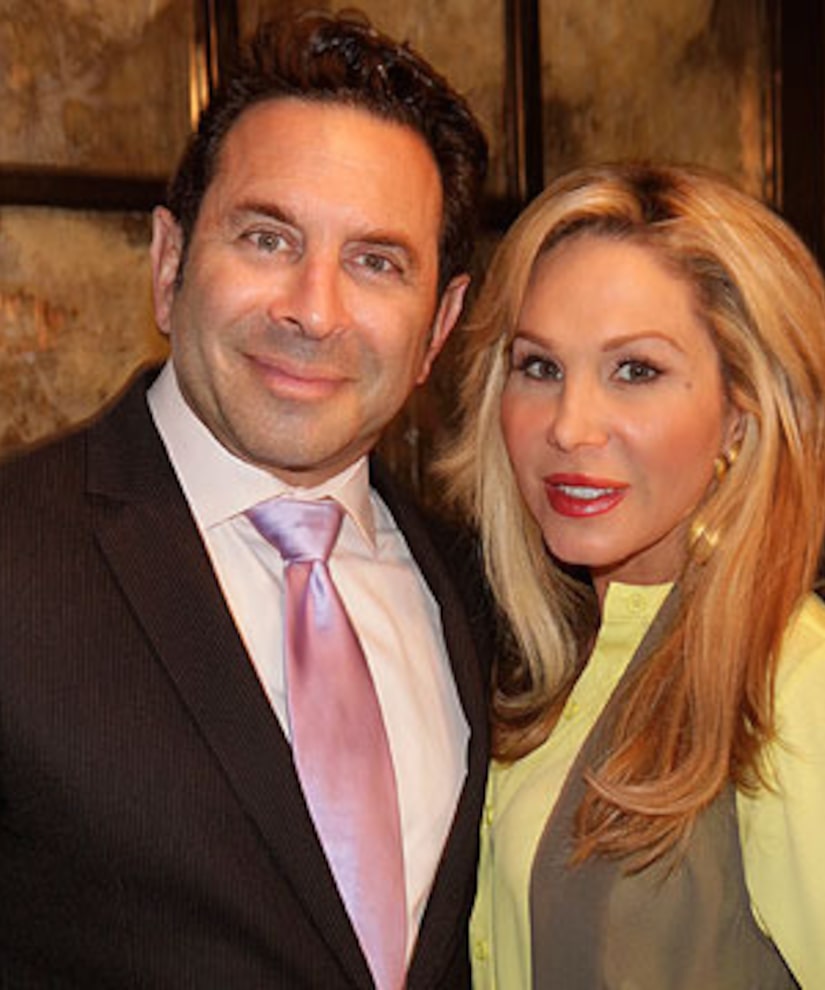 Maloof's chef Bernie Guzman, who has appeared on several episodes of "Real Housewives," posted eight photos of Adrienne on his Facebook page, showing red welts and bruises on her arms and back.

Guzman claimed the beating was the work of Nassif. Bernie wrote, "ADRIENNE MALOOF WAS PUSHED TO THE GROUND. PUNCHED & BEATEN ... HE IS A BEAST… THIS IS ABOUT SAVING THE LIFE. OF A MOTHER AND HER CHILDREN ... EVERYONE NEEDS TO SEE THESE PICTURES ... NOW!"

Dr. Nassif is now speaking out on the abuse allegations. His lawyer, Marty Singer, told TMZ his client was not at all responsible for Adrienne's injuries.

Singer said, "Any suggestion that the photos show my client struck Adrienne Maloof is a complete fabrication. No physical assault ever occurred."