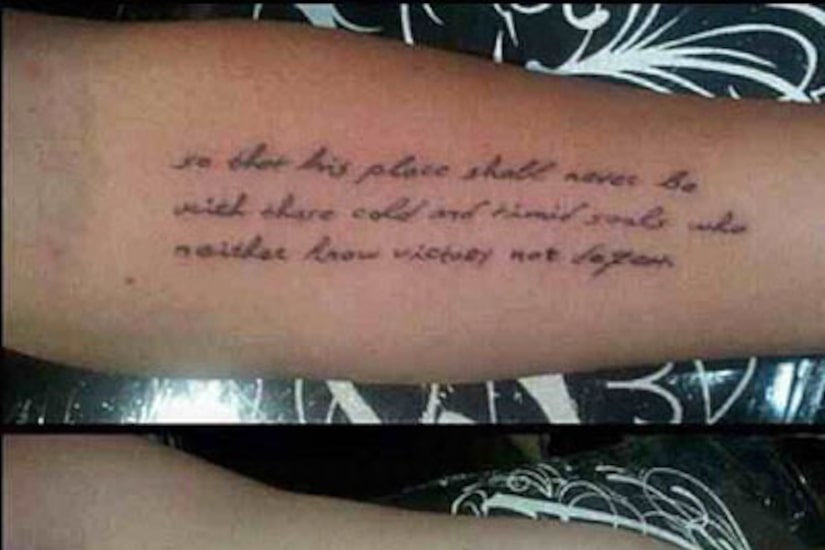 Singer Miley Cyrus and fiancé Liam Hemsworth showed off their matching tattoos this week on Instagram. The two arm tats are excerpts from a 1910 post-presidency speech by Theodore Roosevelt called Citizenship in a Republic.

Liam posted a photo of the body art on Instagram with the message, “Check out my tat (;”