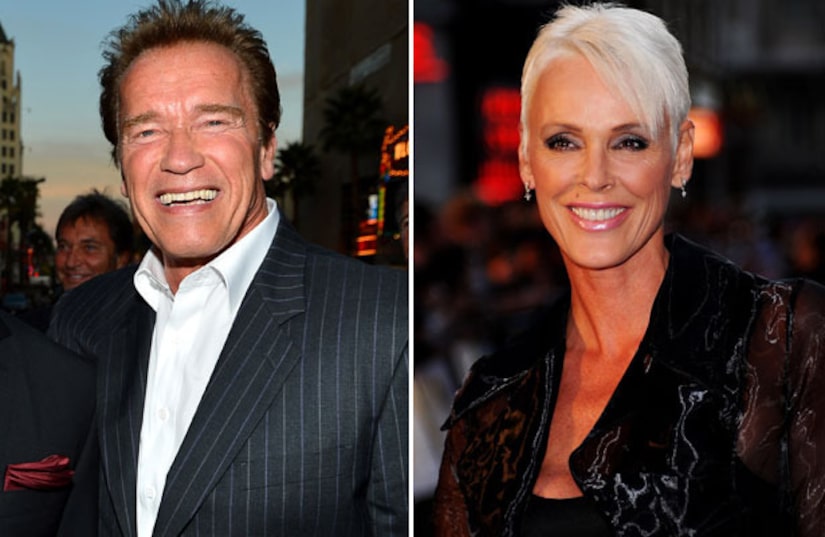 The former governor of California says he was living with ex-wife Maria Shriver when he hooked up with Nielsen on the set of the 1985 flick “Red Sonja.” The 49-year-old actress, previously discussed to the affair in her own memoir, "You Only Get One Life," but Arnold hadn't confirmed it until now.

In a new “60 Minutes” interview to promote "Total Recall," he tells Lesley Stahl that the "fling" made him want to wed Maria even more. Meanwhile, Nielsen went on to marry Arnold's longtime friend, Sylvester Stallone. The "Terminator" star admits there were other indiscretions too, but that's "something that's obviously between Maria and me."

Schwarzenegger also revealed that keeping secrets was a big problem for the couple. He tried to keep major decisions away from Shriver, including things like his heart surgery and decision to run for governor. The marriage finally crumbled after Maria confronted Arnold about his secret son with housekeeper Mildred Baena.