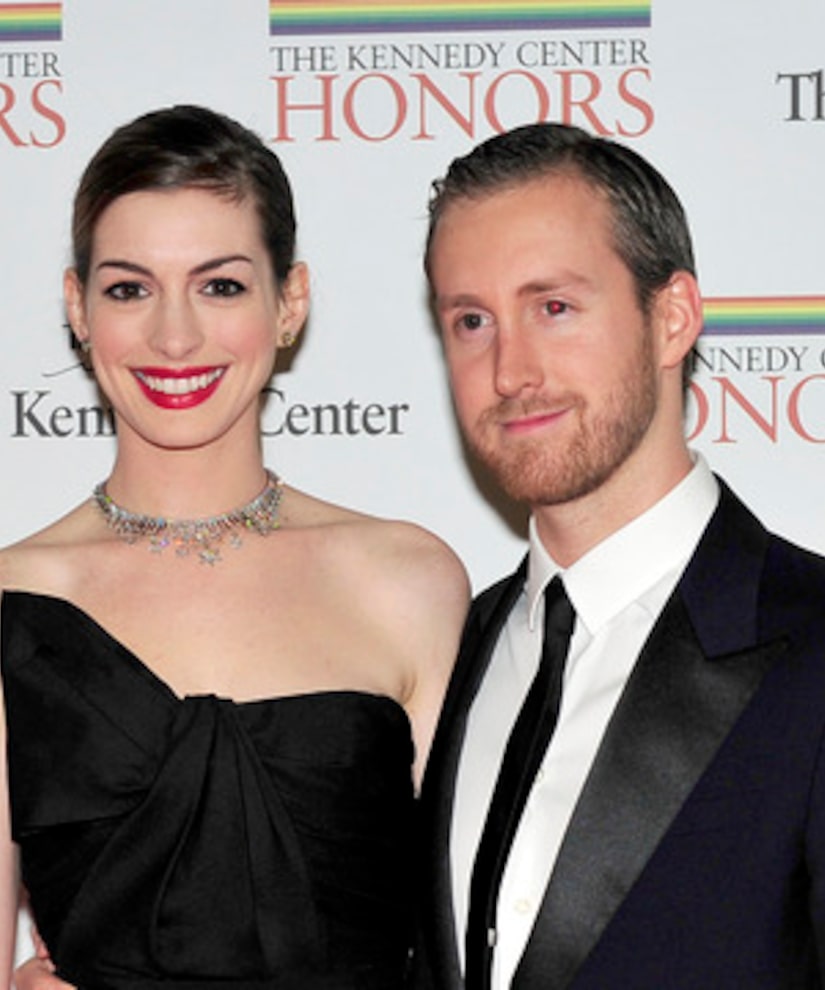 The "Dark Knight" star and her actor-turned-jewlery designer husband tied the knot just after 5PM/PT in a private marquee surrounded by 180 friends and family.

Everyone in attendance was shuttled to the venue to maintain secrecy of the location and had to wear bracelets to gain access to the bus.

A source revealed to Celebuzz, "Adam was so excited. He posed for photos with his mother who was wearing a navy blue gown with chiffon shoulders.”