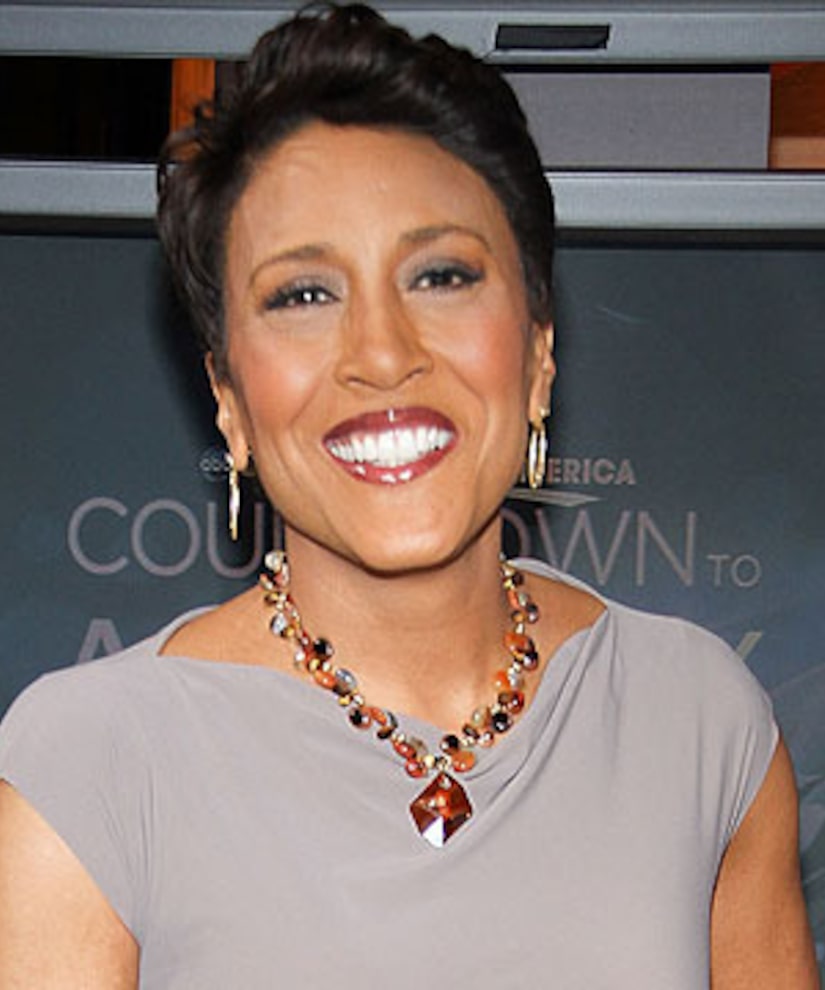 Friday was supposed to be Roberts' last day on the show, but in an emotional send-off Thursday morning, Roberts said she was going to visit her ailing mother in Mississippi first before she concentrates on treating her MDS, a blood and bone marrow disease.

Robin promised viewers, "See you later. See you soon. I'll get back as soon as I can."

During her absence, a number of famous faces will be subbing for her, including previously announced ABC News colleagues Katie Couric, Barbara Walters, Diane Sawyer and Elizabeth Vargas.

Roberts' “GMA” co-anchors all sent her well wishes and gave her gifts. "I take you with me in my heart," Robin told them, emphatically adding, "I WILL be back, just so you know."

In June, Roberts disclosed she was suffering from MDS. She will be hospitalized next week to prepare for a bone marrow transplant. The donor will be her older sister, Sally-Ann Roberts.