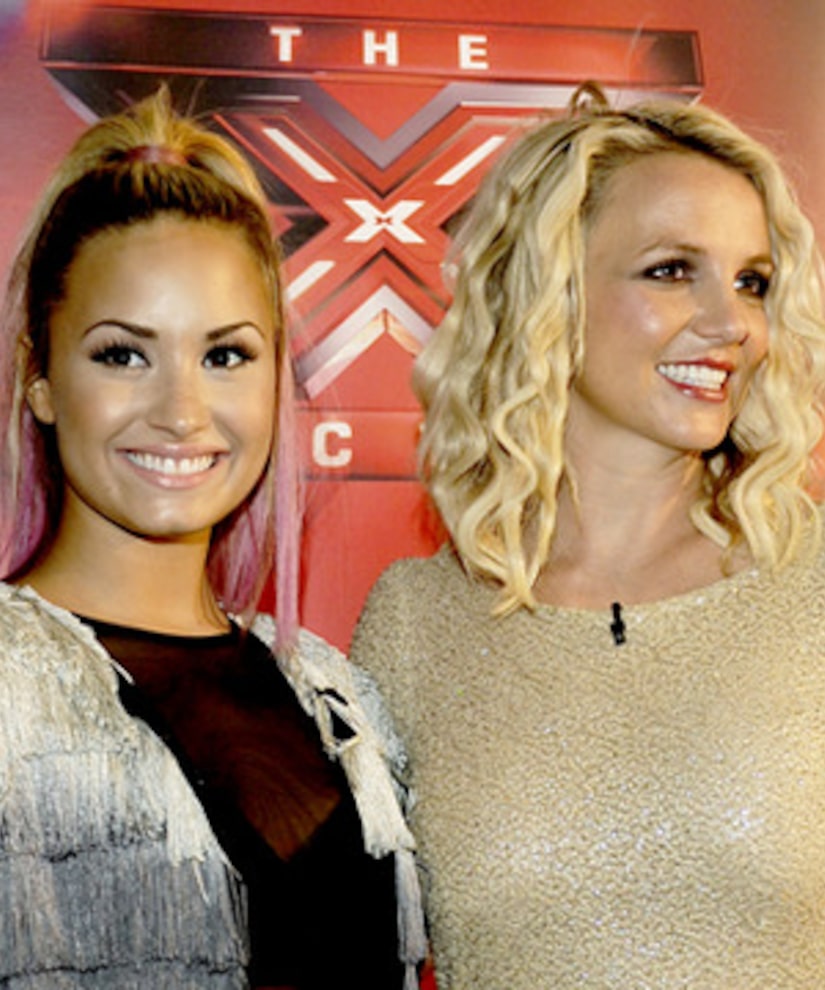 The foursome is featured in a new TV Guide cover story and Britney couldn't be prouder. “We're the shizzle,” she told the magazine.

As far as the pop princess is concerned, the TV gig was “meant to be” and she's getting a kick out of working with Demi. “Even though she's really young, she has such a sophistication about her. She's cooler than me.”

Demi, 20, praised Britney, too. “I've said from day one, when [Britney] stepped on set, how funny she is. I don't think a lot of people have gotten to see her personality and her sense of humor.”

"She toughens me up!” Britney explained. “Sometimes I listen to you and I'm like, 'Oh, God, I've got to be a little stronger.'"

For more with the judges panel check out the new issue of TV Guide on newsstands Aug. 23 and tune in Sept. 12 for the second season of "X-Factor" on FOX.