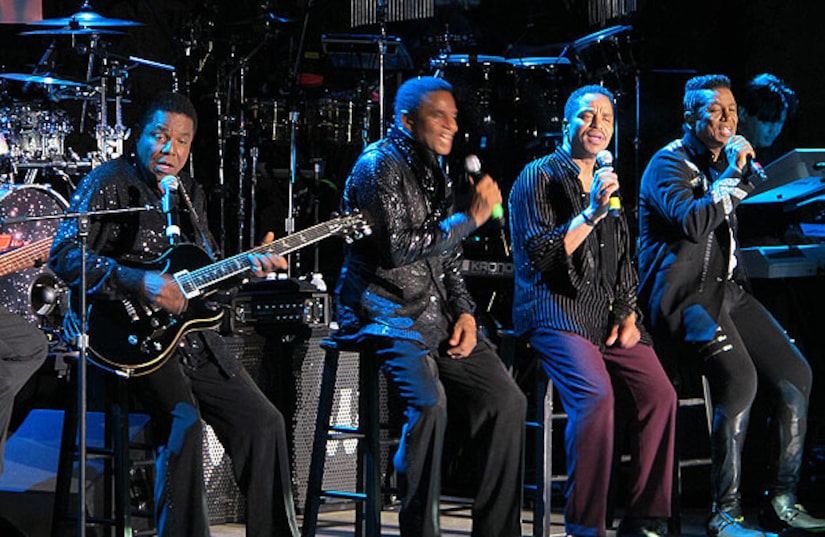 Despite all the legal wrangling and backbiting within the Jackson family of late, matriarch Katherine Jackson showed she was well and supportive when she attended her sons' Unity Tour concert on Friday.

The 82-year-old Jackson received a huge cheer when she made the appearance to watch sons Jackie, Tito, Jermaine and Marlon perform.

“A very special moment happened at last night's show,” eldest son Jackie said Saturday via Twitter. “When Mother took her seat she got the biggest standing ovation — love was all around.”

Katherine was later joined for the show in Saratoga, Calif., by Michael Jackson's three kids: Prince Michael, Paris and Blanket.

Jermaine, via his Twitter feed, said the bitter feud between the singing siblings was coming to a halt. “You all have families,” he tweeted. “Sometimes it gets complicated. Whatever happens, whatever is said, we are family, we are One, we will heal.”

TJ Jackson, 34, was appointed temporary guardian after Katherine disappeared 11 days ago under somewhat murky circumstances, but a petition is being filed so T.J. and Katherine can share guardianship.