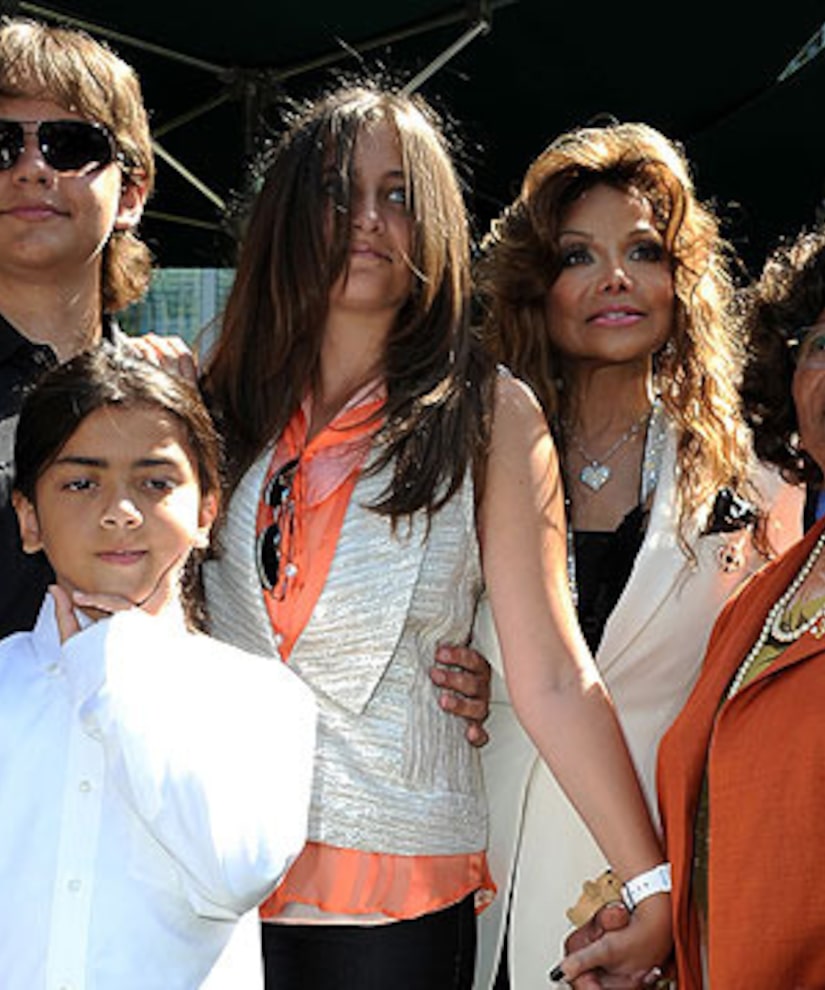 Cops were called Monday to the Calabasas home of Katherine Jackson on a domestic disturbance claim, reports TMZ, but no arrests were made.

This latest incident is a continuation of major drama within the Jackson family, which began Sunday when reports surfaced that matriarch Katherine Jackson, the guardian of Michael's three children – Prince, Paris and Blanket – had gone missing.

Katherine's nephew, Trent, filed the missing persons report, and Paris tweeted that she hadn't seen her grandmother in a week and was very concerned.

This was soon rectified when authorities discovered that Katherine had gone to Arizona to visit her daughter, Rebbie, and other family members, and that the grandmother had let her three young charges know where she was going.

X17online.com reports Trent, who is being investigated for falsely filing a missing persons report, is now also banning other Jackson family members from seeing the kids at the house.

A source told X17, "Trent has instructed security to not allow family into the home… He knows he's been caught and now he's trying to use the children to cover it up."

The family source added, "Paris has confided in her cousins that Trent and a security member have been 'putting her up to tweeting out messages against the family.'”

Aside from being investigated for filing a bogus missing persons report, Trent is also allegedly named in a pending elder abuse investigation being conducted by the L.A. Sheriff's Department.