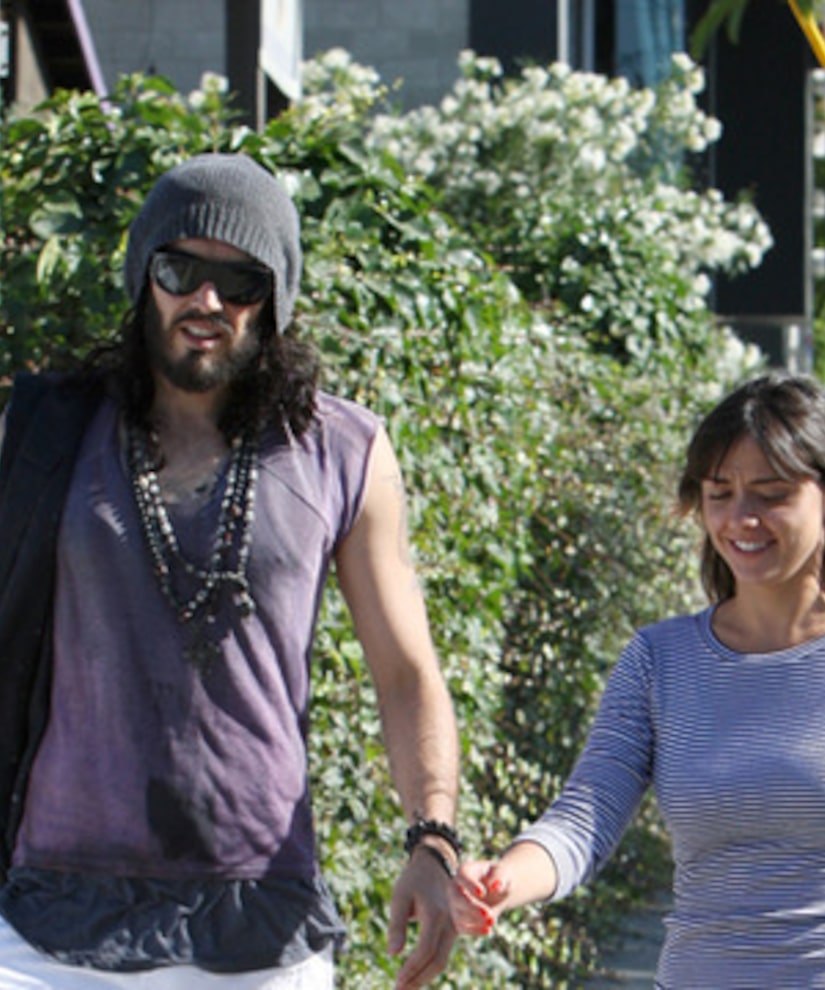 Comedian Russell Brand let his true feelings about ex-wife Katy Perry slip during an L.A. taping of his show “Brand X” on Sunday -- the day before their divorce was finalized.

Brand was bantering with a couple in the audience, Curtis and Katy, about the pair's sex life, when things took a turn. Katy was keeping up with the comic, a source told ShowBizSpy, and Russell wasn't having it.

Tired of the back-and-forth, he shouted, “Anyway, enough of you. I've had enough ass-ache from people called Katy in the last year.”

“He then laughed and shouted: 'Oh no, there might be a journalist in the room.' He shrugged his shoulders and murmured: 'Oh well,' before moving onto his next subject,” the insider said.

Russell is clearly moving on himself. The actor stepped out the same day with a new girl on his arm; talent agent Isabella Brewster. The new couple was spotted on a Sunday stroll through the Pacific Palisades Market.

Isabella is the younger sister of “Fast & Furious” actress Jordana Brewster and known for her former Hollywood beaus like Bradley Cooper and Milo Ventimiglia.

A source told Radar, “Isabella and Russell... are both in recovery and totally into yoga, so they have definitely found common ground. They are really enjoying spending time together.”