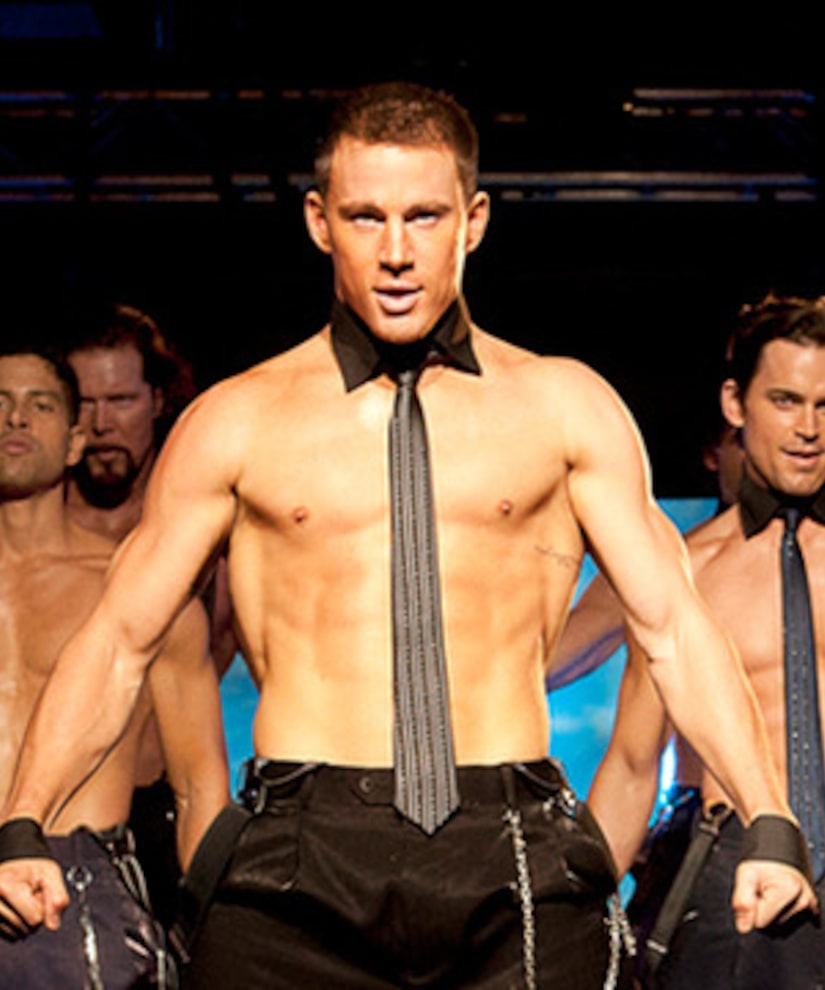 Actor Channing Tatum's stripper days might not be over. Despite telling MTV News he was done dancing in his skivvies, Tatum is planning a “Magic Mike” sequel!

"Yes, yes and yes!" he told Glamour UK during a Twitter interview. "We're working on the concept now. We want to flip the script and make it bigger."

The new movie could hinder co-star Joe Manganiello's dreams of a movie prequel. Joe told Hollywood.com, "We're actually talking about the possibility of doing the prequel, because if you do the sequel, then you lose Mike (Tatum). Otherwise, what's Mike going to do? He's going to come back for one big heist ... so, you would do the prequel, how they got there."

Regardless, Channing's turn in the original “Magic Mike” could be just the preparation he needs for another revealing role: Christian Grey. The 32-year-old, who is already working with the producers on a new Evel Knievel flick, confessed that he would consider the “Fifty Shades of Grey” part under one condition.

"I'd only be allowed if my wife [Jenna Dewan] was Ana," he said. "She's read the books, so I don't think she'd be impressed if she couldn't be Ana!"

Who would you cast in the new “Magic Mike” sequel? Click the image above to see our top picks and vote below. Don't see the hunk you're looking for? Tell us on our Facebook page.