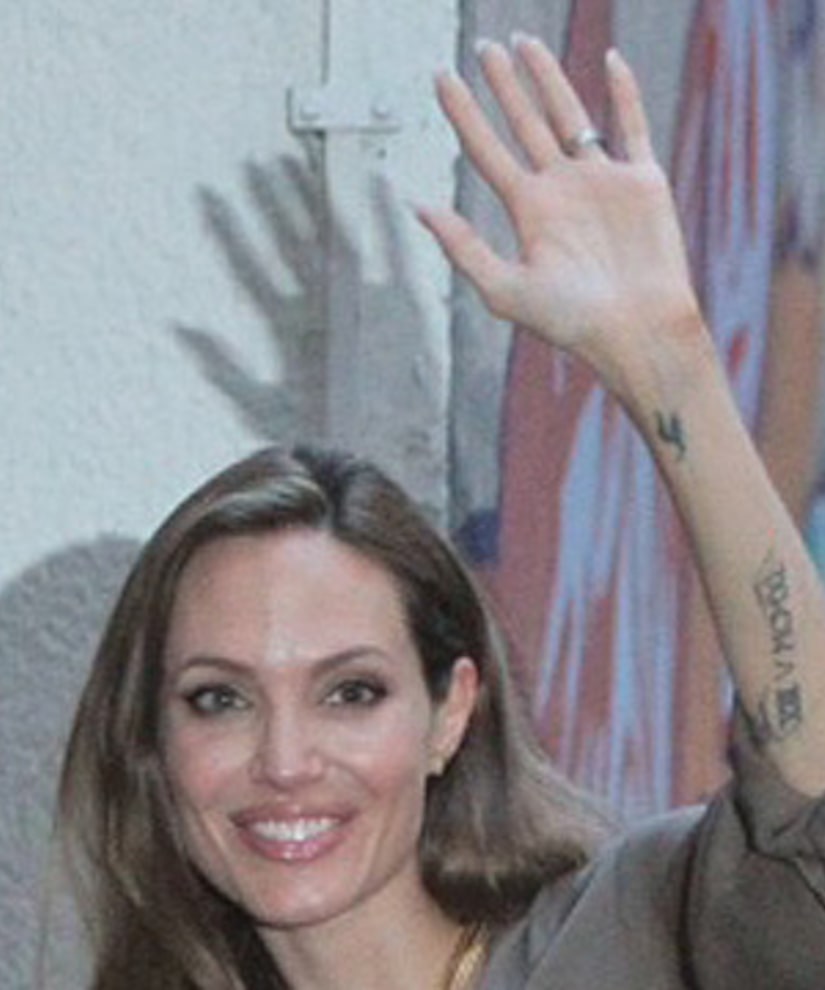 Actress Angelina Jolie, whose directorial debut “In the Land of Blood and Honey” tackled the 1992-95 Bosnian war, attended the 18th Sarajevo Film Festival on Saturday and was honored by the Bosnian capital.

"This means so much to me. My heart is in this city," said a tearful Jolie on receiving the honorary citizenship from Sarajevo authorities.

Jolie brought three of her children with her to Bosnia and was spotted wearing her gorgeous engagement ring, given to her by fiancé Brad Pitt.

Angelina is scheduled to participate in a cinema workshop dedicated to young southeast European filmmakers, according to festival organizers. She will also walk the red carpet beforehand at the National Theatre of Sarajevo.

The Oscar-winning actress is currently filming the fantasy thriller “Maleficent” in the U.K.