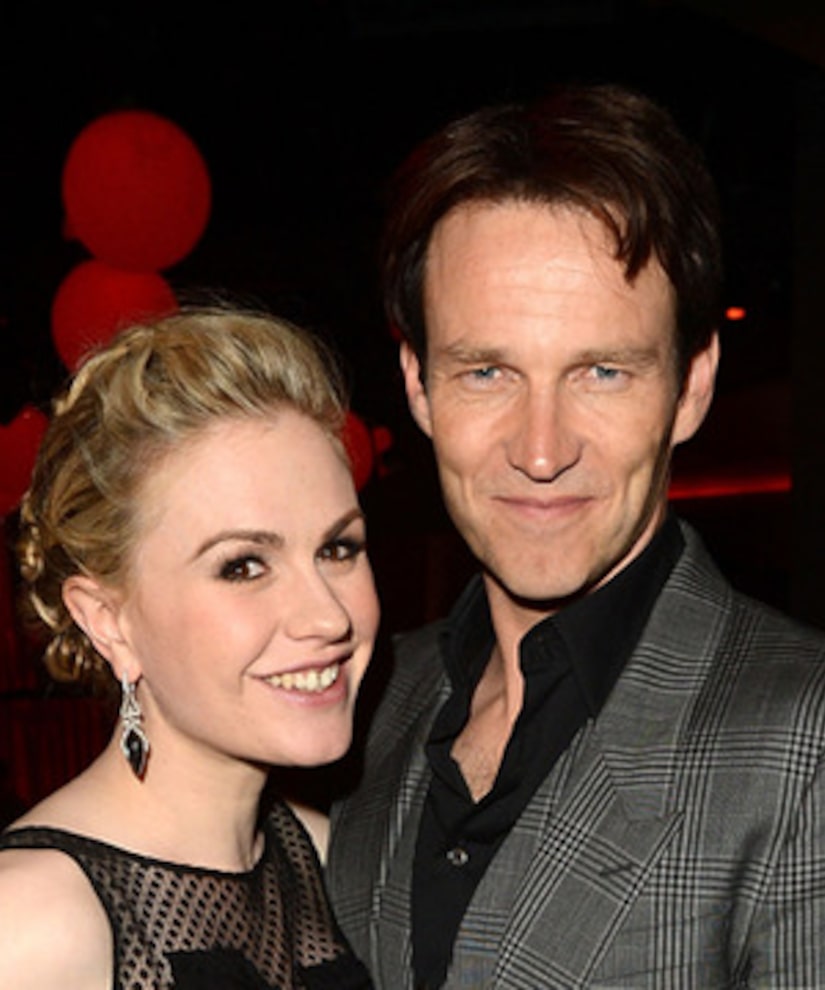 The actor, who plays Sam Merlotte on the HBO show, spilled the beans about Anna's double joy to Us Weekly. Oops!

“I'm so excited for them. We sent them a special gift. It's so interesting that 'True Blood' has become, like, the 'twins' show,” he said, referring to the fact that he also has twins; 11-month-old Winston and Gus.

“It's harder, having twins, but it's all we know,” he explained, speaking for himself and girlfriend Missy Yager. “So we're trying to impart some decent wisdom. I told them to hold on tight!”

Although the twins will be Anna's first children, her hubby has two from a previous marriage; Lilac, 10, and Billy, 2.

"I love my kids so much,” Stephen told Zap2it. “And I think that the fact that Anna is pregnant just adds more crazy to the bundle of fun."