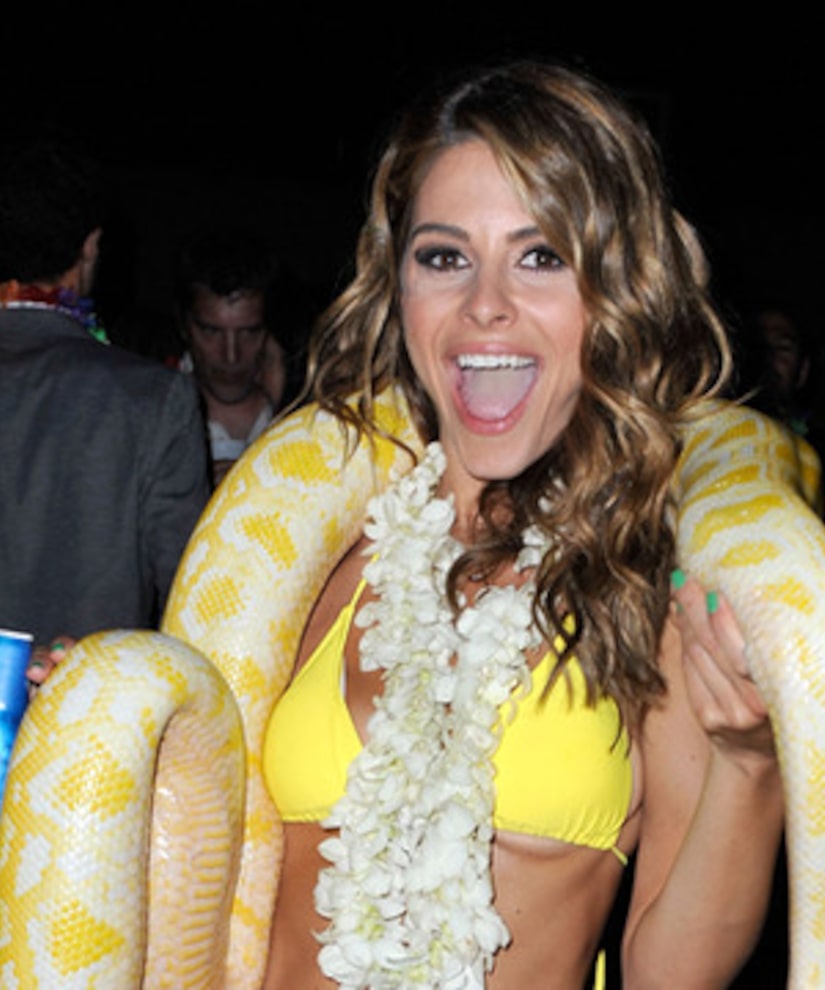 “Extra’s” Maria Menounos went all out for her 34th birthday, hosting a Hawaiian-themed bash at her Encino pad. The L.A. luau featured hula girls, fire dancers and even some exotic animals.

Actor Mel Gibson, sporting a lei and sandals, took the birthday girl for a spin around the outdoor dance floor. Partygoers gathered to watch as they busted a move to Katy Perry's "Firework."

Later, Maria was tearing it up with her former "Dancing with the Stars" partner Derek Hough and caught on tape singing hits like Madonna's "Like a Prayer" and Cyndi Lauper's "Girls Just Want to Have Fun."

The star crowd, including Donald Trump, Michael Chiklis and Nia Vardalos, ended the night by serenading Maria with "Happy Birthday."

Watch the video for more from the party!