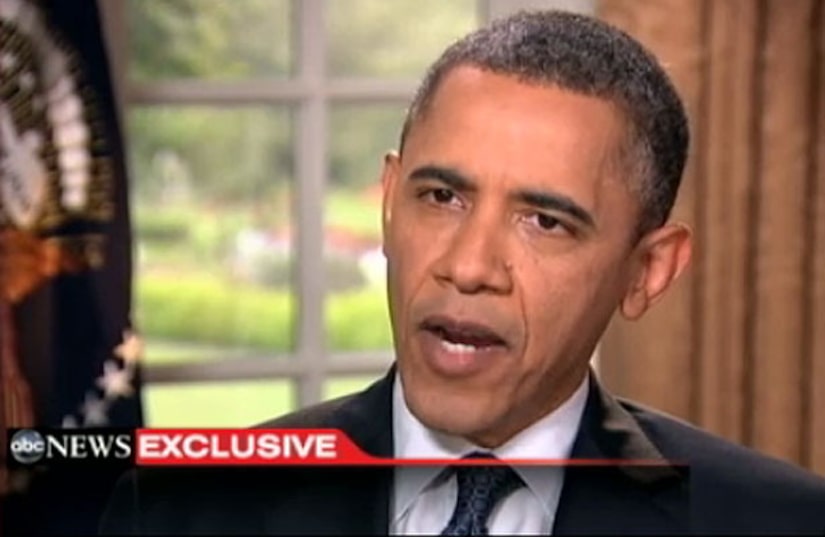 In an interview with ABC News anchor Robin Roberts, the President described his thought process on the controversial issue as an “evolution” and admitted he changed his mind based on conversations with his own staff members, openly gay and lesbian service members, and conversations with wife Michelle and daughters Malia and Sasha.

Obama said, "I have to tell you that over the course of several years as I have talked to friends and family and neighbors, when I think about members of my own staff who are in incredibly committed monogamous relationships, same-sex relationships, who are raising kids together, when I think about those soldiers or airmen or Marines or sailors who are out there fighting on my behalf and yet feel constrained, even now that Don't Ask Don't Tell is gone, because they are not able to commit themselves in a marriage, at a certain point I've just concluded that for me personally it is important for me to go ahead and affirm that I think same-sex couples should be able to get married.”

The President said he believes Americans will grow more comfortable with the idea. “It's interesting, some of this is also generational. You know, when I go to college campuses, sometimes I talk to college Republicans who think that I have terrible policies on the economy, on foreign policy, but are very clear that when it comes to same sex equality or, you know, believe in equality. They are much more comfortable with it.”

Previously, Obama seemed opened to accepting same-sex marriage, but consistently stopped short of outright backing it. Instead, he supported civil unions for gay and lesbian couples and the benefits they should receive, along with opposing efforts to ban gay marriage at the state level, saying that he did not favor attempts to strip rights from gay and lesbian couples.