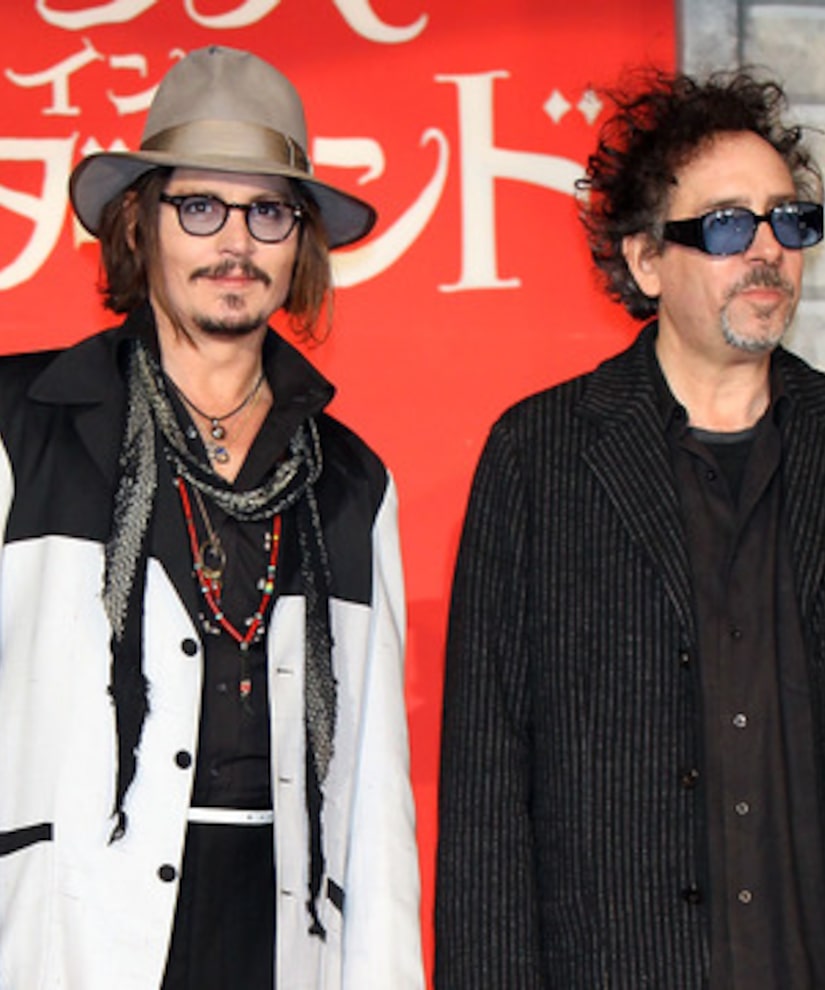 When asked about setting the mood for the love scene, Burton said, "Just put on a little Barry White music and you don’t really need to say much do you? Let nature take its course." Depp chimed in, "Barry White always does it for me."

Burton predicts this scene will inspire a string of "trashed hotel rooms all over the place." Johnny said of his performance, "I'm an expert at that!"

Depp also told Terri of his childhood obsession with the 1960s TV series. "I thought everything else in the world was weird and I thought "Dark Shadows" was kind of, you know… I found solace in it. I found a sanctuary in this gothic soap opera."

The actor has worked with Burton in eight films, including "Alice in Wonderland," "Edward Scissorhands" and "Charlie and the Chocolate Factory."

"Dark Shadows" will be seen in theaters Friday, May 11.