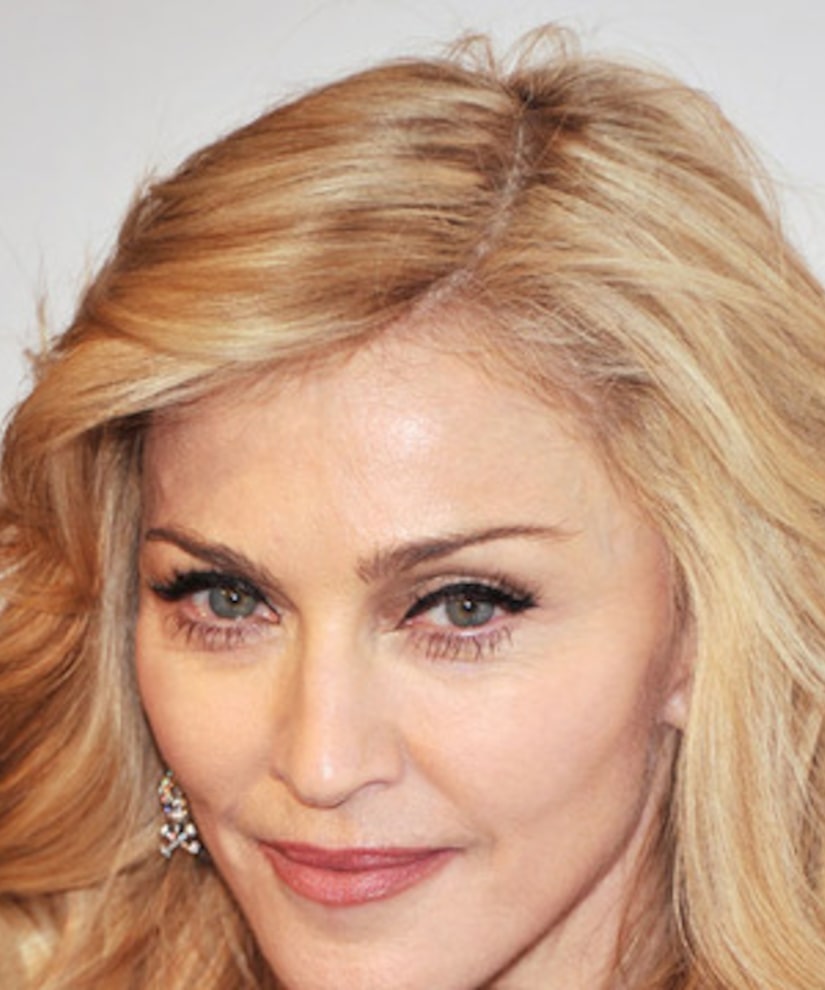 Singer Madonna was interviewed this morning by ITV's "Daybreak" to talk about her illustrious music career, including her most recent album "MDNA."

When asked if she would like to work with British superstar Adele, the singer's face lit up as she said, "Yes, I would love to. I would love to meet her. I think she's brilliant -- I love her."

Then she revealed that she nearly collaborated with Adele. "I wanted her to be at the Super Bowl with me, but I think she was having her throat problem." Busy as ever at 53, with her music career, fashion empire and film projects, she told Daily Mail Editor Dan Wootton that after her last album "MDNA" was released in March, she began to feel that it was overwhelming.

"Just going from my movie to my record, and the Super Bowl and rehearsing for my tour, I really haven't had a break. And you know, sometimes I think I'm Superwoman and I can do it all. Right about the middle of my tour I'm thinking: 'Wow, maybe I should have taken a few months off.'”

"But I have four kids so everything factors in to all of my decisions," she added. "I think being on tour in the summertime is better because they can be on the road with me and don't miss school."