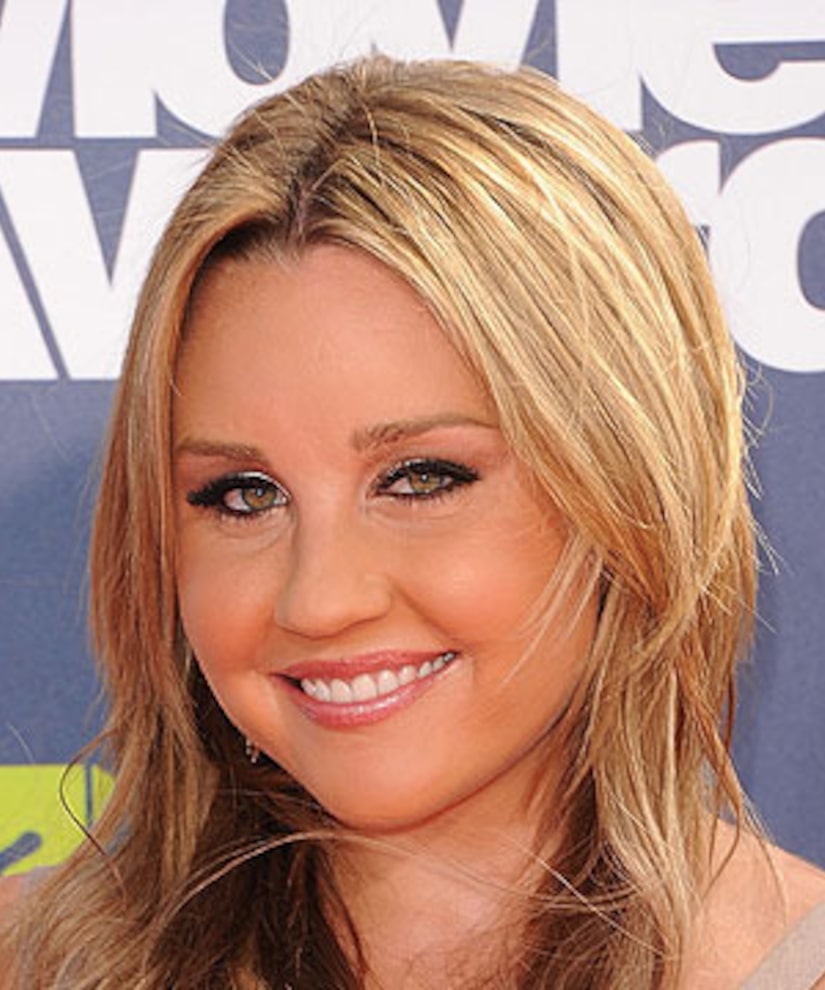 "She was not drunk," Rick Bynes told People.com. "I was told that she blew a zero on the Breathalyzer. She didn't have a single drink that night. My daughter doesn't drink."

Instead, Rick claimed the cop who arrested Amanda, 26, frazzled his daughter when he pulled out in front of her at the West Hollywood intersection where she was cited. Rick explained Amanda was "upset and very emotional" at the scene.

Rick added, "She is a good girl. She just chooses not to work, and because of that, people go after her."

Bynes was at L.A.'s Greystone Manor Supperclub Thursday night before she was cited for investigation of DUI and was held overnight at the West Hollywood Sheriff's department's station.

The actress was released on no bail with the citation and will have to show up in court when a date is set.