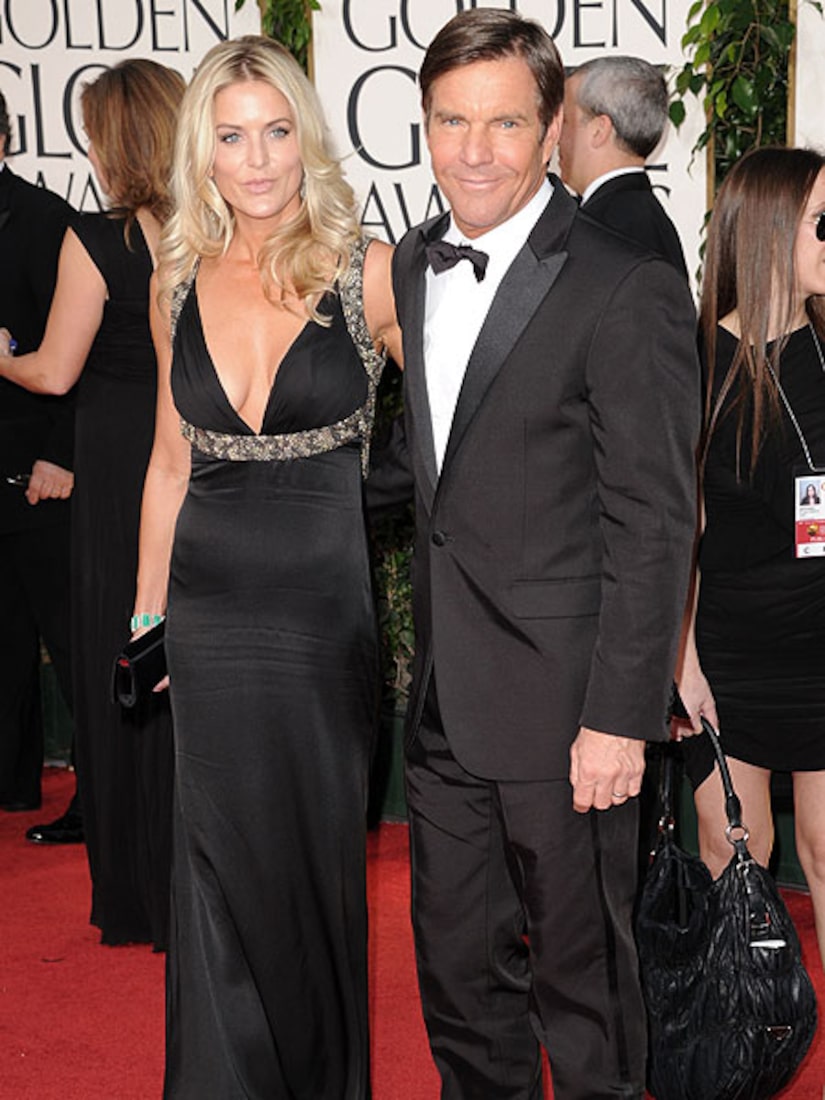 The divorce petition from Kimberly stated, "The marriage has become insupportable because of discord or conflict of personalities... that destroys the legitimate ends of the marriage relationship and prevents any reasonable expectation of reconciliation."

Kimberly is asking for spousal support and that their community assets be fairly divided. Quaid's response to his ex's petition says he doesn't want her to receive what she is asking for.

A temporary custody order states that both Kimberly and Dennis will each get to spend time with their 4-year-old twins, Thomas Boone and Zoe Grace. Buffington-Quaid will also get possession of their main residence and a Mercedes. Quaid gets the condo and a Cadillac Escalade. As far as the couple's other vehicle is concerned, the temporary order states, "The parties shall cooperate with one another in using the Range Rover."

The couple married in 2004. Their twins almost died as newborns in 2007 when the medical staff at Cedars-Sinai Medical Center accidentally gave them a massive overdose of the drug Heparin.

UPDATE: Dennis' reps released a statement that read: "We can confirm that Kimberley Quaid has filed for divorce. Contrary to what has been reported, a satisfactory settlement is being worked out for both parties. We will not be providing any further information on this private matter."

Here are the divorce documents.