Kobe Bryant is trying his best to save his marriage of more than a decade to wife Vanessa, telling her he will never cheat again if she takes him back. 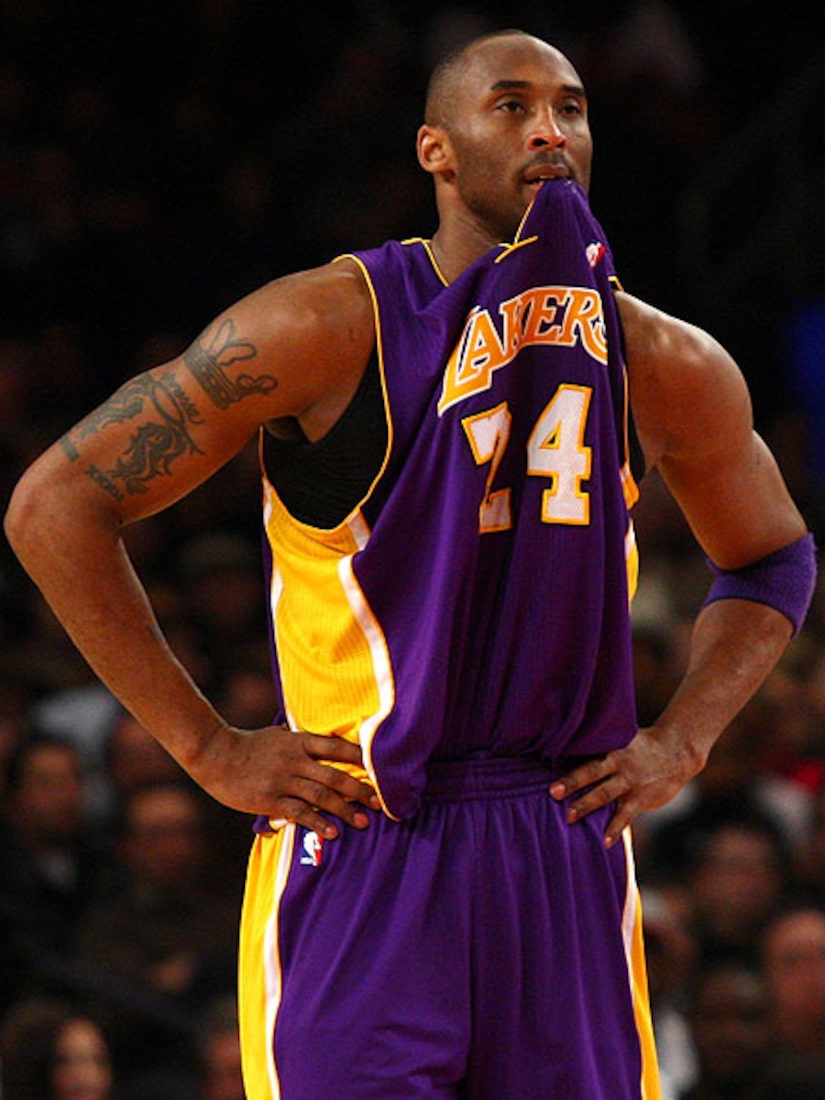 A new report from TMZ says the basketballer has been "aggressively" pursuing for a reconciliation over the last three weeks -- and Vanessa has been open to it. The two were spotted in a liplock last week after one of Kobe's games.

Bryant, 33, once gave his wife a $4-million ring in 2003 after he was accused of sexually assaulting a female hotel employee in Colorado. The charges were eventually dropped, and Kobe went all out for Vanessa's forgiveness, purchasing an eight-carat, purple diamond ring.

Again, Kobe has reportedly been showering his wife with lavish gifts, including a very expensive piece of jewelry.

The two are reportedly working on their marriage. Sources said they would not be surprised if Vanessa, who already scored all three mansions in Newport Beach, Calif. in their settlement, decided to go back to Kobe.