"Extra's' Mario Lopez co-hosted "Live! with Kelly" on Wednesday, and spoke about the cruise ship that capsized off the coast of Italy, leaving 11 dead and 23 missing. The ship's captain, Francesco Schettino, is now the most hated man in Italy and has been blasted as "The Chicken of the Sea" by the NY Post. 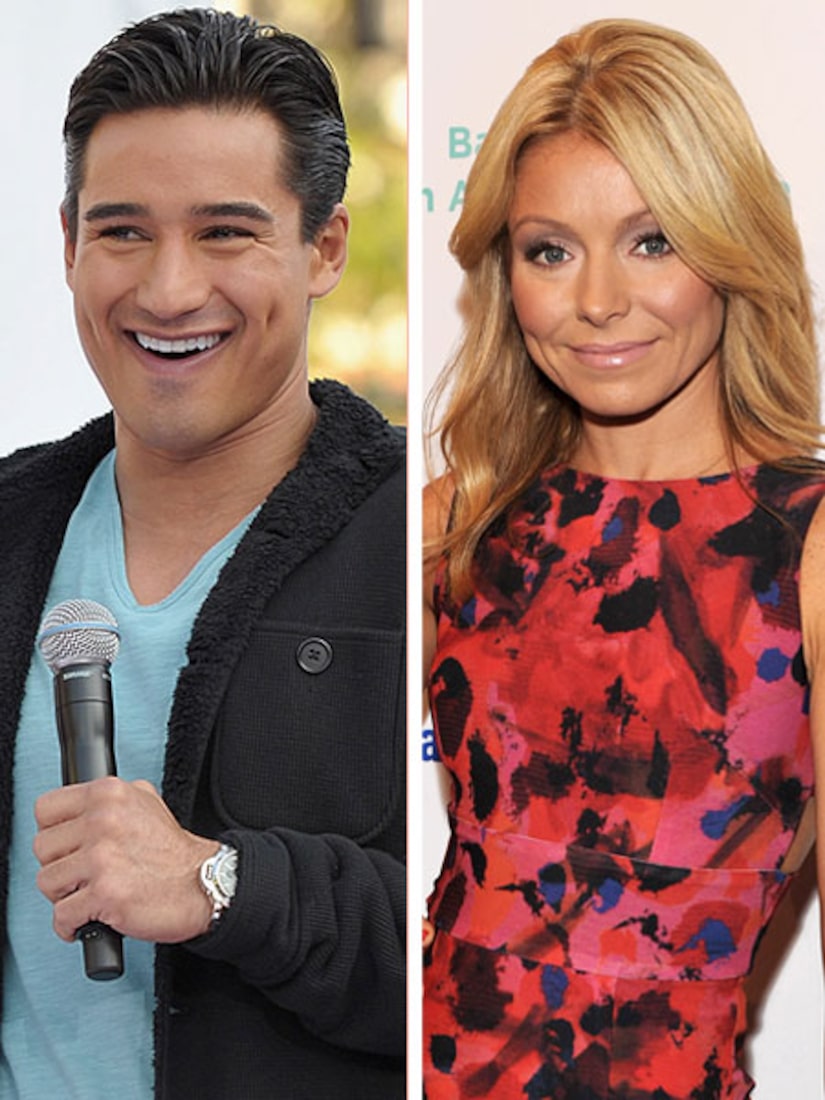 When Ripa asked Mario if he had heard the transcript between the Coast Guard official and Capt. Schettino, Lopez replied, "What's Italian for coward, is what I want to know!"

In the recordings, a Coast Guard official demanded the captain get back on the sinking ship, but Schettino refused to listen to orders. After a slew of jumbled and contradictory excuses, Schettino tried to reason with the Coast Guard, asking, "Do you realize it's dark and we can't see anything?" 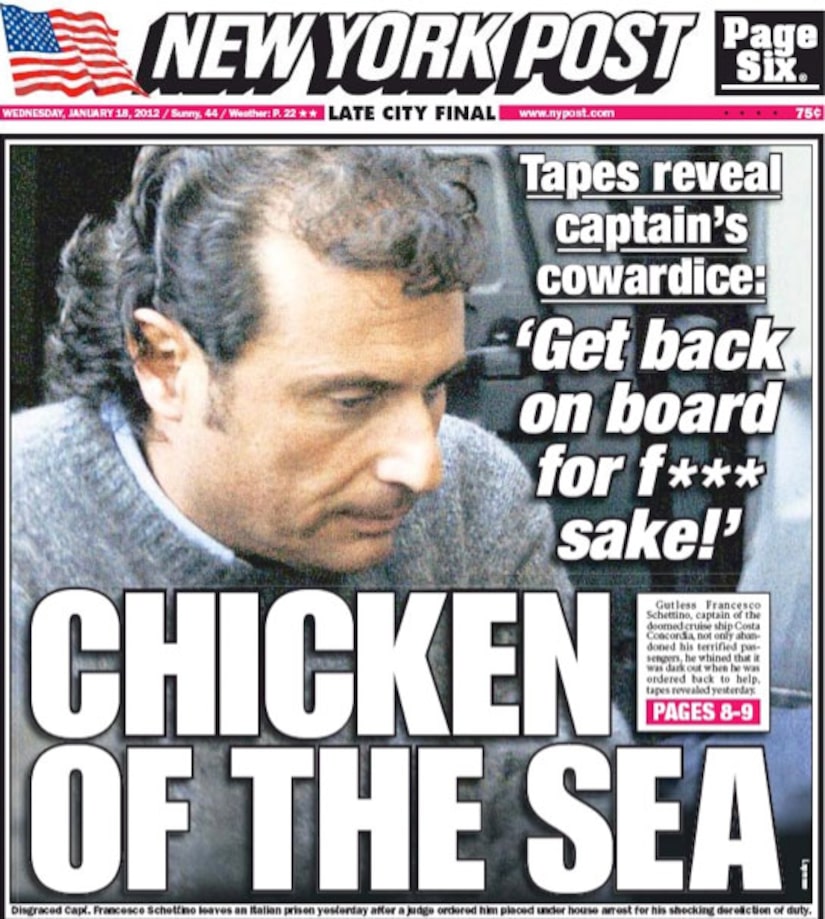 Schettino, 52, is currently under house arrest following a few days in jail.

Lopez's morning co-hosting gig turned out to be quite an adventure, with Ripa asking Mario to take off his clothes, causing the audience to scream with approval. Kelly, who clearly approves of Mario being by her side, told him, "You're such a great conversationalist, and you always come with interesting things. It's nice to have somebody that's... you know... having a little bit of a younger family, and you're getting married... it's very nice to have you here."

Ripa added, "You're easy on the eyes. Right audience? They like that too."

Mario didn't go shirtless, but he did manage to show off his best dog show walker impersonation -- as his pooch, Julio, is going to be in the Westminster Dog Show!