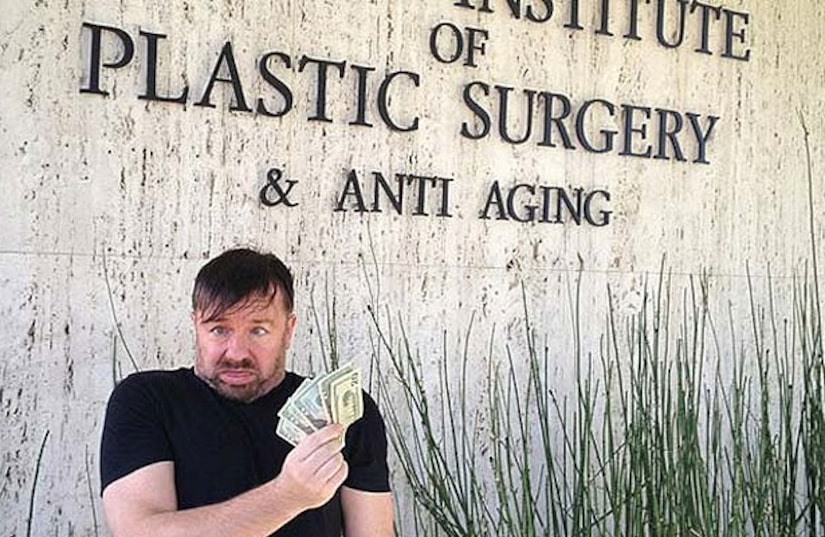 The comic posted this picture of himself posing in front of L.A.'s Modern Institute of Plastic Surgery and Anti-Aging -- with a caption that reads: "Some last minute preparation I took so I don't look too out of place at the Golden Globes."

The controversial Gervais, who will host the awards for the third time on Sunday, promised he will not censor himself at this year's show, airing at 8 ET/5PT on NBC.