After being diagnosed with breast cancer three months ago, Giuliana Rancic tells People of her upcoming double mastectomy, "I think scars tell such an incredible story. I'll always look at them and think, 'Wow, I made it through that.'" 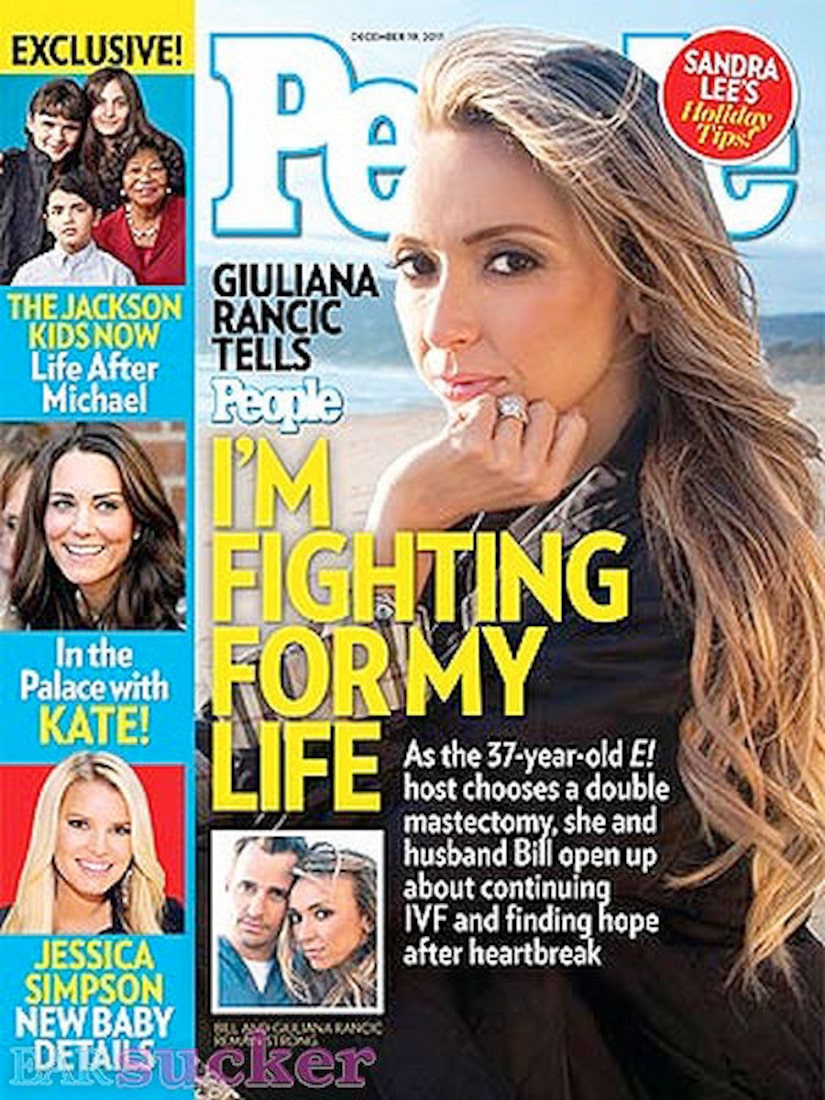 The 37-year-old E! News anchor, who married "The Apprentice" winner Bill Rancic four years ago, revealed she still has her vulnerable moments. "Usually, it's two in the morning, and I'll turn around from Bill so I don't wake him up, and I just cry," the 37-year-old said. "I sob and think, 'How did this happen?'"

She continued, "My breasts have never defined me, and they never will."

Rancic is scheduled for surgery on December 13.

Celebs Who Have Survived Breast Cancer

This new mom was diagnosed in April 2008 and chose to have a double mastectomy to ensure the cancer would not return to her other breast.

The singer-songwriter was diagnosed with early-stage breast cancer in February 2006, shortly after her break up with Lance Armstrong.

The "Nurse Jackie" star was diagnosed in 2003 and battled it quietly. She didn't announce her diagnosis until after she began receiving treatment.

She was diagnosed in 2004 and made a statement when she rocked "post-chemo" at the 2005 Grammy Awards.

The pop star was diagnosed in May 2005 and then published a children's book as part of her new life after she became a breast cancer survivor.

The Emmy-winning actress was diagnosed in 2006 and battled it quietly by undergoing a lumpectomy and radiation treatment before she went public with her recovery two years later.