After she was almost killed in the Arizona shooting that left six dead and 12 others wounded, Rep. Gabrielle Giffords is opening up to People about her astounding recovery. 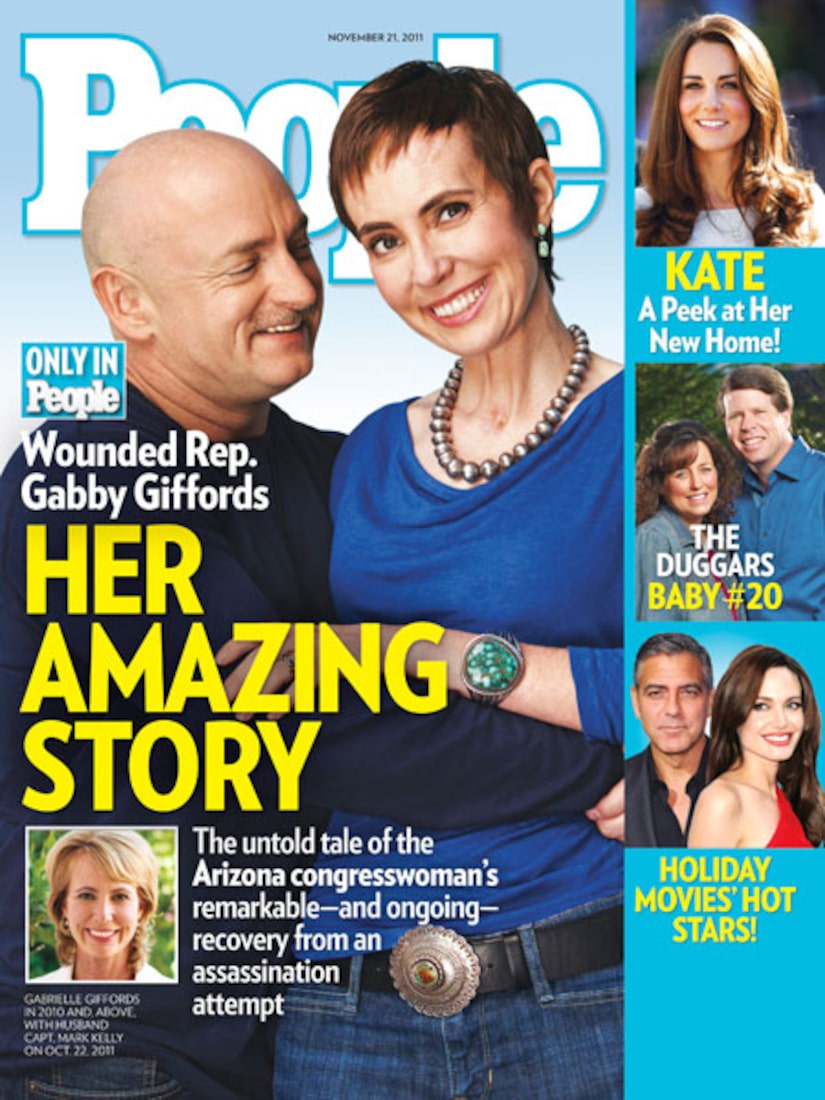 Giffords, 41, and her husband, retired astronaut Mark Kelly, share personal photos and an excerpt from their new memoir, "Gabby: A Story of Courage and Hope."

In one emotional passage from the book, Kelly recalled the first time his wife tried to speak, but could not. He writes, "Gabby was sitting in her wheelchair, tears running down her face. She was hyperventilating, absolutely panicked. Gabby motioned with her left hand, waving it by her mouth. It didn't take me long to figure out what was wrong."

Speech is still difficult for the Congresswoman, and she has lost 50% of her vision.

Giffords suffered a gunshot wound to the head on Jan. 8, 2011 after a man opened fire outside a supermarket where she was holding a constituent meeting.