President Obama returned to Los Angeles to rub elbows with Hollywood's most powerful celebs to raise money for his re-election campaign... and included a surprise stop at Roscoe's House of Chicken and Waffles! 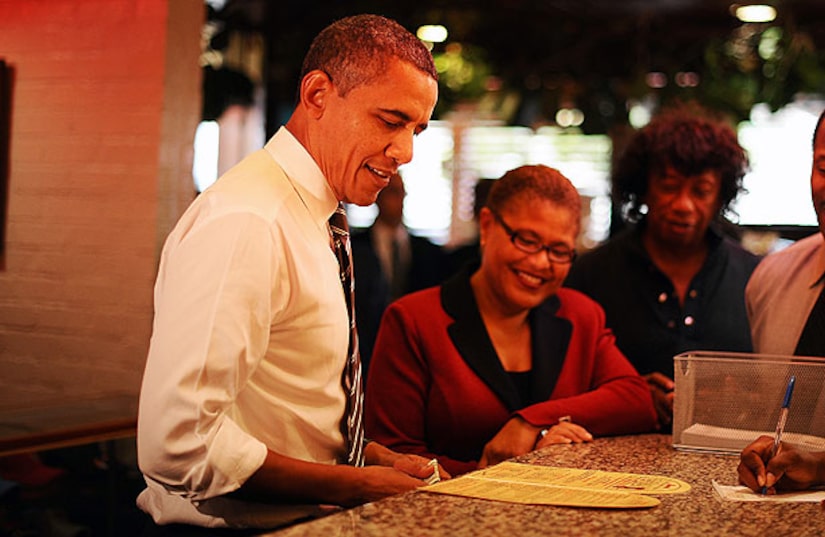 The President, who arrived to LAX in the late afternoon, made a stop with his Secret Service detail at the famous Hollywood chicken joint, where he gave a presidential order for the "Country Boy" combo; three chicken wings, a waffle and potato salad. The total came out to about $9, a far cry from the lavish $35,800-a-plate dinner he later attended at the home of movie producer James Lassiter. 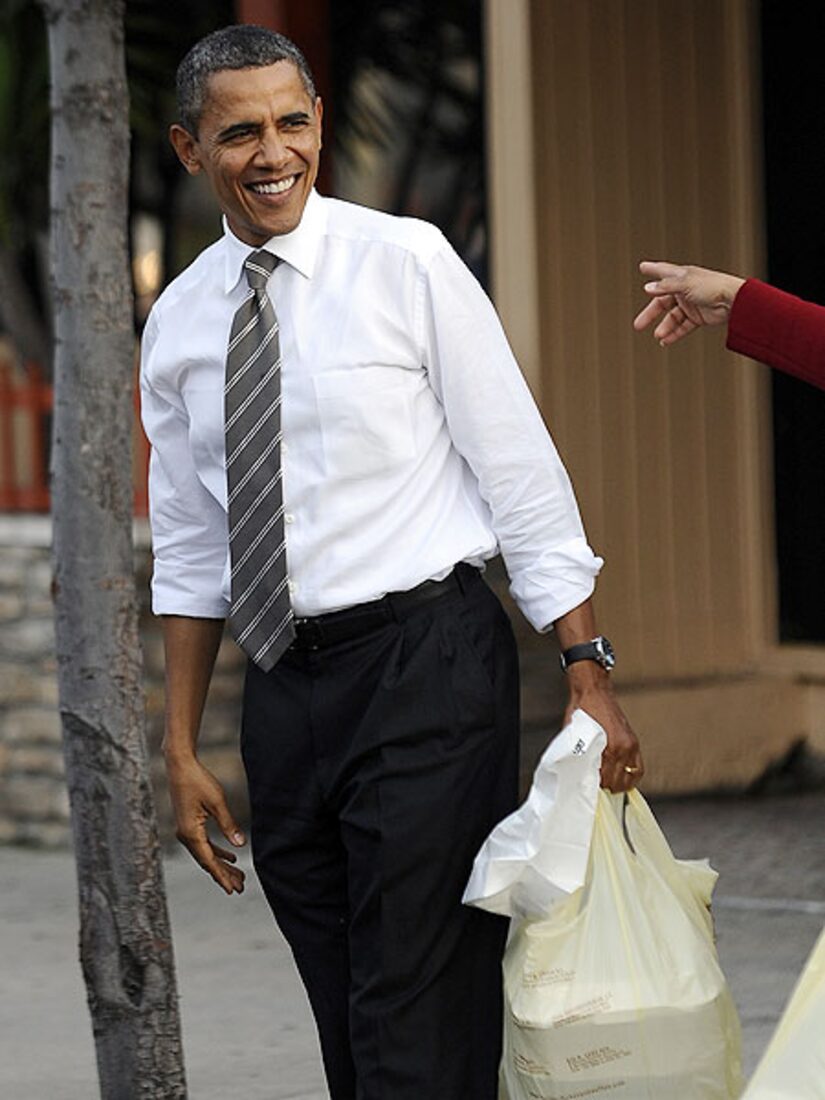 Will Smith, who starred in Lassiter's film "Hitch," was also at the fundraiser, where guests included expectant mother Hilary Duff and former L.A. Laker Magic Johnson.

After rubbing elbows with Will and Magic, the President traveled to the home of Antonio Banderas and Melanie Griffith for an event organized by the Futuro Fund, a group of Latino Obama supporters. "Desperate Housewives" star Eva Longoria was among the co-hosts, and told "Extra," "I'm wearing blue for Obama... for Democrats."

At the "Puss in Boots" premiere last weekend, Antonio Banderas anticipated Mr. Obama's L.A. arrival, revealing to "Extra," "I support him [President Obama] from a totally different point of view, because I am not an American citizen, I don't have the possibility to vote, but definitely he fits in my way of looking at life and at politics."

Check out video of President Obama on "The Tonight Show with Jay Leno!"