The big question of whether Prince Michael Jackson, 14, will testify as a witness in his father's murder trial has yet to be answered, but in a recent meeting with Prince and Deputy D.A. David Walgren, the possibility was discussed. 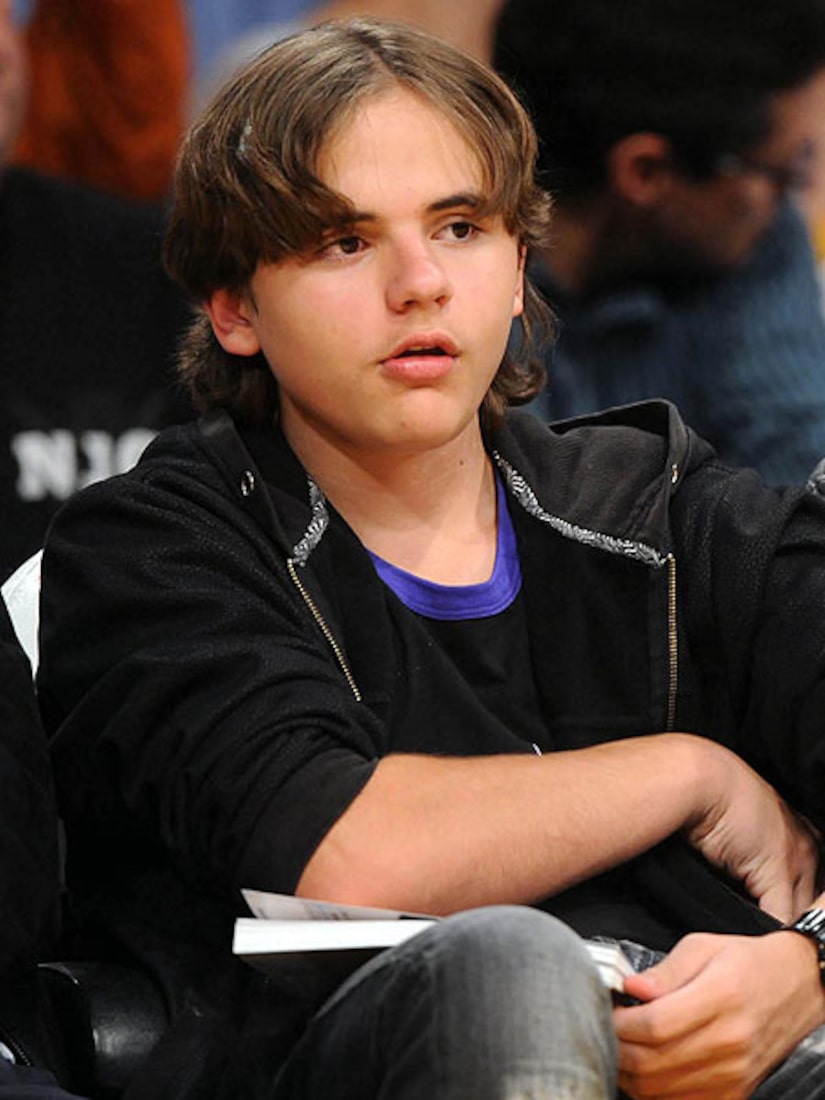 The meeting was held at the home of Jackson's mother, Katherine, who is reportedly against Prince Michael taking the stand, but understands "this is something he feels he must do if asked," revealed an inside source on The Hollywood Gossip.

Katherine and Prince were informed there is a "50/50 chance" that he will take the stand, but the decision will ultimately be made by the D.A. after hearing the defense case.

The defense in the Conrad Murray trial no longer claim Jackson self-administered a deadly dose of propofol through an IV, but instead are focusing on the pop star allegedly giving himself a lethal amount of Lorazepam -- which is used to treat anxiety disorders.

The trial has been on hold since Friday due to final witness Dr. Steven Shafer's family emergency, causing his absence from the courtroom. Shafer, who is a respected anesthesiologist and pharmacologist, was expected to testify about the effects of propofol on the human body. Once Shafer gives his testimony, the defense will present its case and call on roughly 15 witnesses.

UPDATE: CNN reported Katherine Jackson is still opposed to Prince being called as a witness and that there are no discussions going on with prosecutors about it.

Prince told his family Murray's recorded account to the police was not true. Jackson family members were upset that jurors may sympathize with Murray as a result of this statement: "I hugged them all, gave comfort to Paris, comfort to Prince, comfort to Blanket, which is the last little guy, because whenever they were sick, they would always ask for Dr. Conrad."

While the truthfulness of Murray's interview plays a major role in the trial, it is not expected that Prince will be called to testify, according to Trent Jackson (Katherine and Joe Jackson's nephew).