Former Beatle frontman Paul McCartney, 69, wed Nancy Shevell, 51, on Sunday in an intimate civil marriage ceremony in London. Only 30 guests were invited to the ceremony. The two were all smiles as they left the event and were congratulated by excited fans. 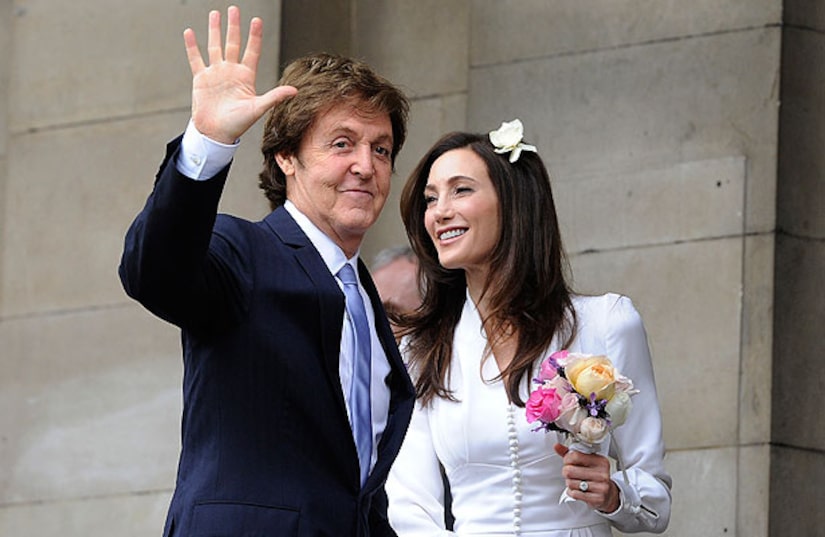 The American heiress bride wore a beautiful above-the-knee white wedding gown crafted by none other than McCartney's designer daughter, Stella. Her long brown hair was styled with a white flower. Sir Paul donned a dapper navy blue suit with a light blue tie for the occasion.

According to USA Today, after the ceremony, the newlyweds drove off in a burgundy Lexus for a small, lavish reception at their London home in the St. John's Wood neighborhood. During the private party, the groom sang a sweet song to his new wife.

Guests included Beatle bandmate Ringo Starr and his actress wife, Barbara Bach, the bride's second cousin, Barbara Walters was also in attendance, along with Rolling Stone Ronnie Wood and supermodel Kate Moss -- who reportedly was the last to leave at 3 AM. Neighbors called the cops, complaining about the noise. 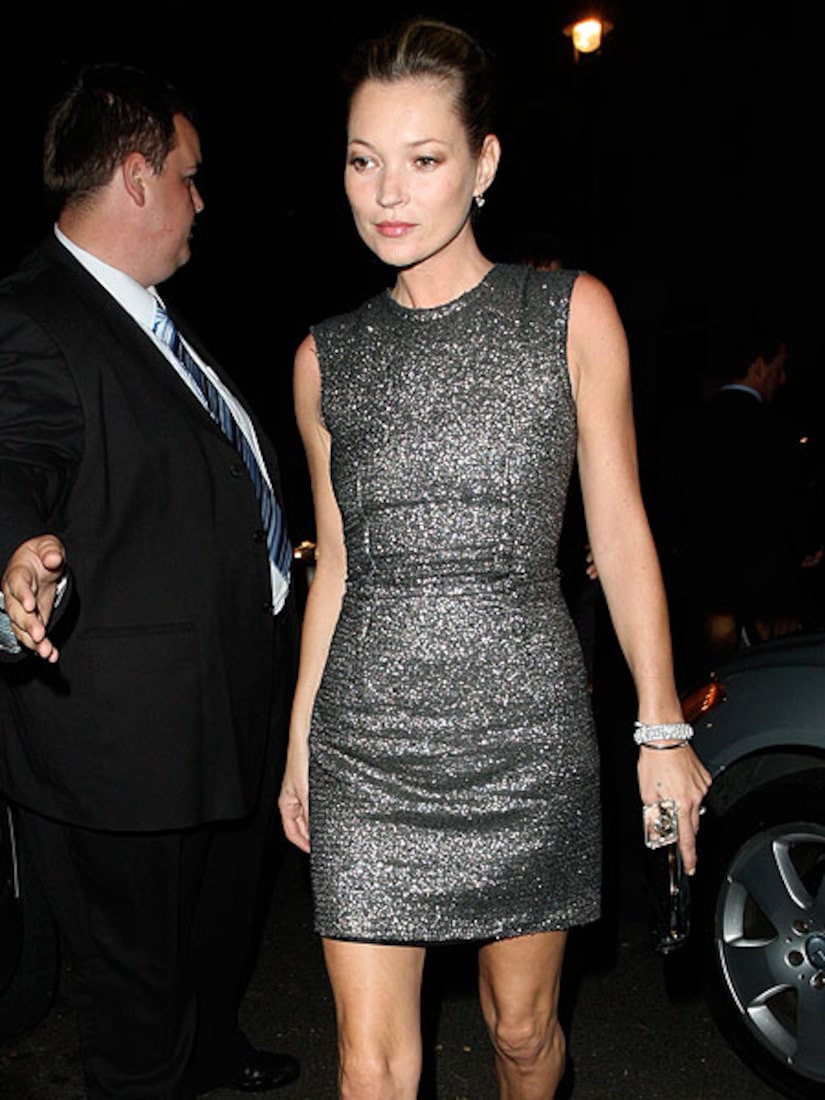 According to People, McCartney's brother Michael served as best man, and his youngest daughter Beatrice took part in the festivities as flower girl.

"There was a lovely song that our kid did, and they had a lovely dance together," Michael McCartney said. "That was a nice little highlight of the evening."

The singer is no stranger to walking down the aisle. McCartney has been married twice. Sir Paul was married to first wife Linda Eastman at the same town hall, on what would've been John Lennon's 71st birthday.

The newlyweds met in the Hamptons in New York, following the performer's 2008 divorce from Heather Mills. This is a second marriage for Shevell.